(born in 1908, died in 1991) – caricaturist, satirist, graphic designer, set-designer, author of posters, book covers, columnist, play writer and sketch writer for cabarets, as well as a book writer on related subjects. Graduated from Warsaw Academy of Fine Arts (ASP) in 1939. He debuted in 1928 as caricaturist in Pobudka. Founder of a satirical weekly magazine Szpilki (1935) (he was its chief editor for several years (1935-37 and 1946-53)) and of the Museum of Caricature (1978) in Warsaw. He cooperated later with a number of polish magazines, among them: Przekrój, Przegląd Kulturalny, Trybuna Ludu, Panorama, Zwierciało i Express Wieczorny. In 1966 he organized the First International Poster Biennale (Międzynarodowe Biennale Plakatu). In 1980 he formed the Committee for the Preservation of Jewish Monuments in Poland. He was an activist in preserving Polish Jewish culture. In 1987 he founded the Association of Polish Cartoonists (Stowarzyszenie Polskich Artystów Karykatury, SPAK). He received the title “One of the Polish Righteous among the Nations” in 1991.

In his posters he put together simple forms, use of cut techniques, aesthetic of the macabre and grotesque, reduced colours (which smooth and simplify the surface), on the other hand more sophisticated and ornamental Art Nouveau style and historical quotations from the history of art. 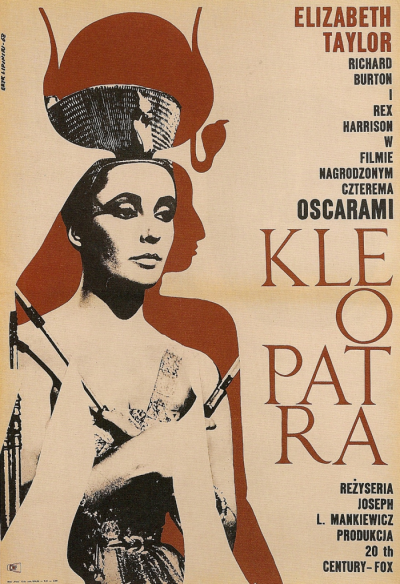