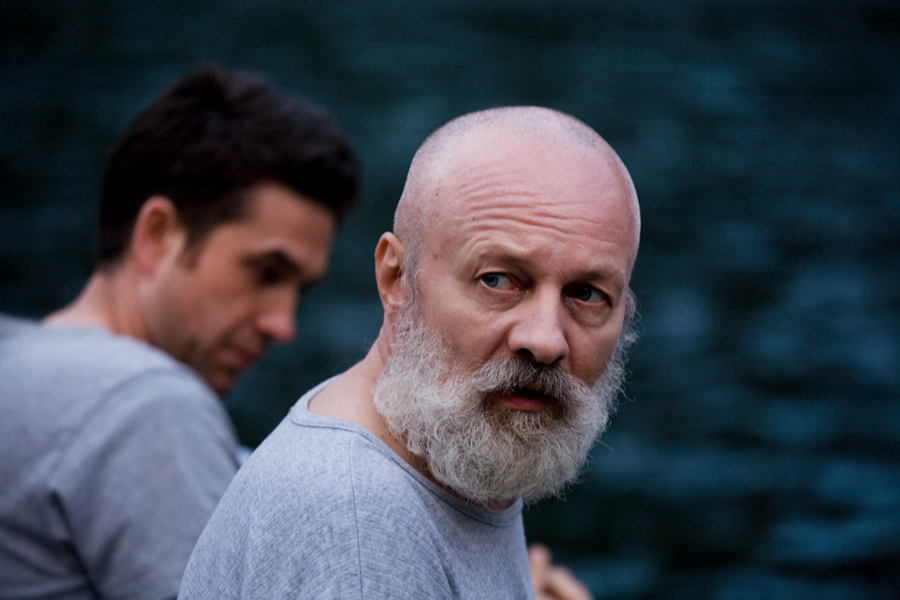 Tomek (30) escaped from the province and decided to sort out his life in a big city. He has a career as a TV reporter and has just started a family when he receives a message from a psychiatric hospital in his home town. His estranged father is there. Against himself and the advice of his closest ones, Tomek decides to reach out to his father, although they haven’t seen each other for years. As a result, Tomek gets involved in a relationship on the verge of craziness and normality, which will make him re-evaluate his entire life

This film is very much one of a kind for me. I have never before tried to write something, which has come straight out of my personal life. The story it tells has haunted me for many years. The first time I tackled it was in my graduation film. I then tried to create a screenplay for a feature based on this story. However, I was not yet ready to take it on. It was only after I lost my father and became a father myself that I began to see it from a new and painful perspective.

In January 2005, my wife Bogusia and I were expecting a child. The baby was already one week due. My mother had spent a month with us; she came to Warsaw specially for that. Finally, she could wait no longer; she had to go back to Vienna, to her work. On her way back, she was driving through Dąbrowa Górnicza – my hometown. She called about three days later – saying she had stayed longer, because she was not able to get into my father’s apartment, and she wanted to see him. She finally had to call the fire department to get in. They had to break the door, they walked in through the balcony. It turned out my dad had died.

At first, the news knocked me down. I realized I had not settled all the things with my father. I hadn’t talked with him. We didn’t tell each other all the things we should have told one another. And it will never happen.
Suddenly, you think that all these things you’ve been doing, this drive to work, to do films – all this suddenly becomes meaningless, because you didn’t have time for the people close to you and you will never catch up. And you stay with this enormous sense of guilt, which then overwhelms you.

The last sequence, when Tomek kidnaps his father from the hospital, did not happen in my life, I was never up for it. I never gave my father this few-day trip to an important place – the mountains. I thought: what will happen if I take this trip in my imagination? This film is the fulfilment of that story, a process bringing another person back to the living. After my father’s death I thought I would write down certain things I still remember. Transferring memories into film narrative, and confabulating, helps you deal with them.

I first chose the actor – Krzysztof Stroiński – for the father’s part. I knew I have a lot to „implant” into that actor. This text was for me a search for how to reach my father. And a story about love – a male melodrama, with difficult, harsh emotions, which exist between men.

This is a story about the search for love from another person, and the need to give it – to surround with love the person who needs it, although he denies it. About a need, which the main hero has never before realized, and which suddenly explodes with great strength. This becomes the most important thing in his life to such an extent that he neglects his home, his wife – he feels so much love. This love inspires him, motivates him and stimulates him on the one hand, and on the other hand tears his whole world apart. A strange love: a son’s love towards his father, and in fact the love between two people who are close to one another, and yet cannot find a way to reach each other. This is the most important for me in this story.
How might one bring someone back to life when he simply doesn't want to be brought back? Why could the father’s madness become an attractive concept of living for his son? Can illness cure a broken family? The fear of falling means the fear of living, fear of meeting challenges of everyday life. How can this fear be overcome?

The "Fear of Falling" was induced by feelings, which tormented me a lot – that I hadn’t had the time to say goodbye, to close certain things. It is a wound, which will never scar, and which is echoed in your life decisions and your peace of mind. 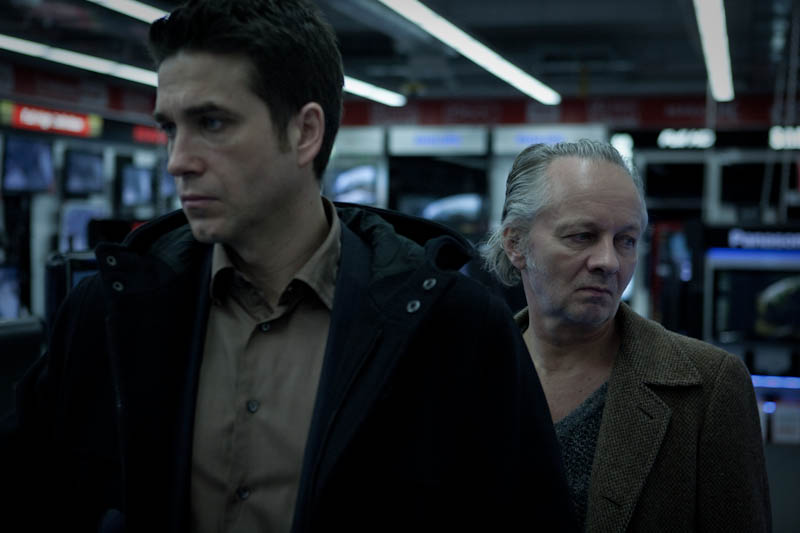