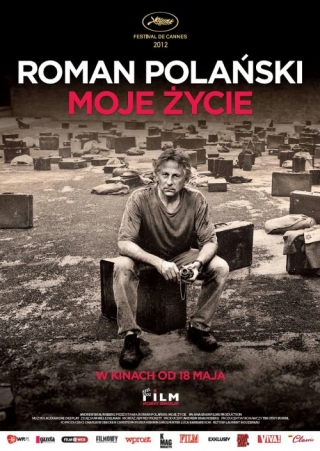 On Sunday August 18th the mass of potential viewers will pass over the cinemas and instead of it they will sit comfortably on their couches in front of their monitors. The day of the 80th Roman Polański’s birthday is an opportunity to share film biography of the director in the Internet. ‘Roman Polański: my life’ the documentary film about the life and work of one of the most famous Polish film-makers will be available to watch for free at the site: VoD.pl.

Roman Polański held under house arrest invited to Switzerland his friend Andrew Braunsberg. The guest decided to make use of his visit to carry out a frank discussion with the life-experienced artist. As a result, the film coherently combines the personal threads with the topics that ended up on newspapers covers. Polański talks about the childhood experiences in the ghetto, about the trauma and separation from his family, meeting with his father after several years and many more. It all had a great impact on the aspiring actor who have grown into one of the world's top directors. Here begins the ‘pop cultural’ part of the story - we learn about his early career in Hollywood, friendships with famous people and the spectacular success in the USA. Until the unfortunate evening on August 9th 1968, when in the director's home in Beverly Hills his pregnant wife and friends have been killed. We will listen also about the accusation of rape of 13-year-old girl. Polański does not run away from difficult topics. With great elegance and wisdom he talks about his own ups and downs. Even Roman Polański`s fans his biography the film will certainly show the new threads. However, due to excitement on the director's face when answering difficult questions carry a huge load of content. What is more, archives used in the film may be a real treat for all the connoisseurs.

‘Roman Polański: my life’ premier was two years ago at the Film Festival in Zurich and the ceremonial screening was held at the International Festival in Cannes. Critics gave Laurent Bouzereau`s production high rates indicating the efficiency of the narrative conduct storytelling. IndieWire has written that it is important that the film should be viewed by the large group of viewers. Let`s join to them!