The black and white posters are so captivating, that a separate exhibition was dedicated to them. The gathered illustrations for Polish films are the works of the eminent poster artists (such as: Lech Majewski, Jakub Erol) who also worked with colours. But this time, for different reasons, they decided to move away from their usual styles. That is why, it is not the way the artists convey the content of the film in their posters which is so interesting, but their use of only two colours and their shades for visual expression. The colour restrictions often paradoxically enrich the artistic meaning, involves a viewer's imagination and force them to immerse deep into a work of art. The composition of the exhibition proves that the widely held belief that greyness is the best only for psychological drama and crime stories, is not true. Although some of the posters presented were designed for these genres, there are also costume films and comedies posters - not only with the black humor. 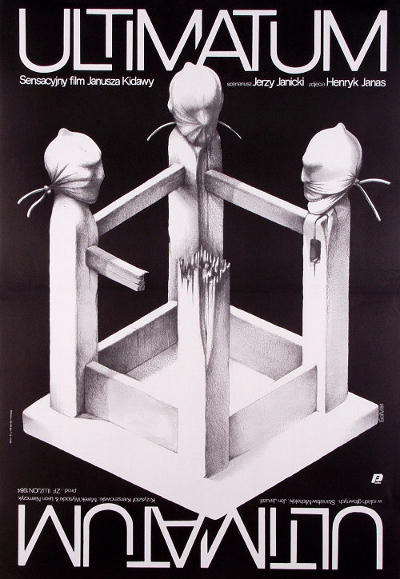