The winners of the T-mobile New Horizons have been announced 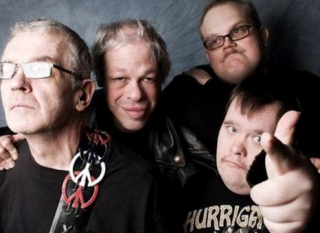 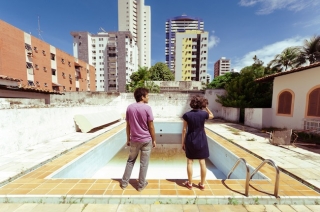 On 29th of July 2012 the festival had its finale: the award ceremony where winners of the four festival’s competitions were revealed. The ceremony was complemented with the Polish premiere of Jack Kerouac’s adaptation of ‘W drodze’ (On the Road) directed by Walter Salles.

New Horizons International Competition
From 12 films in the main festival’s contest the Jury composed of Urszula Antoniak, Naomi Kawase, Lav Diaz, Amat Escalante and Przemysław Wojcieszek has awarded the festival’s Grand Prix and €20000 to ‘Thursday till Sunday’ by film debutant director from Chile – Dominga Sotomayor Castillo. The film has moved the jury with subtlety as well as maturity of the young director who has succeeded in presenting a portrait of a disintegrating family. The situation is shown from a perspective of 10 year old daughter, a protagonist of the film, ‘conflicted between understanding, which is in some way linked with her loss of innocence, and her wish to remain a child’ – as stated the jury.

Films On Art International Competition
In the Films On Art category the jury: James Benning, Zbigniew Libera, Susanne Sachsse, Rebecca De Pas, Sean Farnel, has awarded the main prize to ‘The Punk Syndrome’ directed by Finnish artists Jukka Kärkkäinen and Jani-Petteri Passi. The jury has emphasized the modesty of the film’s expression surrounding the essence of a human condition. The film was made with dignity, heart and soul, deprived of any sense of condescension.

FIPRESCI
The International Federation of Film Critics (FIPRESCI), an organisation associating film critics from all over the world has awarded its own prize to Brazilian production ‘Neighbouring sounds’ directed by Kleber Mendonça Filho. The film raises contemporary problems of the Brazilian society. In the jury sat: Alison Frank, Müge Turan and Ola Salwa.

The Audience Award
The Audience Award of the 12th T-Mobile New Horizons International Film Festival went to Donoma (France, 2010) by Djinn Carrénard. It is a story of couple of intertwining romances with French society as a background. Love stories became a stalking-horse to talk about racism, materialism, sexism and class conflicts.
Full results of audience’s votes:
Donoma 4,57
Mondomanila 4,23
Neighbouring Sounds 4,16
Coming Home 4,01
Thursday till Sunday 3,83
The Double Steps 3,78
Sentimental Animal 3,71
Francine 3,51
Daughter...Father...Daughter 3,49
Francophrenia(Or Don’t Kill Me, I Know Where the Baby Is) 3,48
Stateless Things 3,45
Summertime 2,90
Translated by