Like Play Poland Film Festival on Facebook and stay updated!
shot from the movie "The Lake", source: studio-filmowe.com 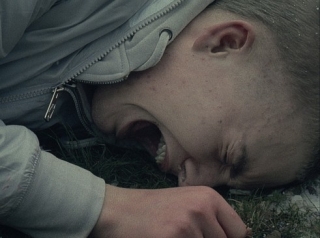 During the 13th edition of the Lucania International Film Festival (10/13 and August 19, 2012) three Polish short films will be shown: ,,Dobro, piękno i prawda'’ (The Good, the Beauty and the Truth) by Balbina Bruszewska, ,,Bez śniegu’’ (Without Snow) by Magnus von Horn and ,,Jezioro'’ (The Lake) by Jacek Piotr Bławut.

The Lucania International Film Festival was founded in 1999. Its aim is to present best international pictures of independent art scene as well as discovering new talents. The festival takes place in a small village of Pisticci in Italy. During the last six editions of the festival as many as 6500 directors presented their works before more than 50 000 festival attendees.

In this year's edition of the festival 3 films of Polish directors have qualified.

'Bez śniegu' (Without Snow) is a Polish-Swedish production directed by a young student of Film School in Łódź, Magnus Von Horn.
This 35-minute film is a 'vivisection' of still forming personalities of teenagers, who are no longer children, but have not yet become adults. It is a controversial investigation into the causes of a crime committed against two teens. The film is revolving on the topic of adolescent emotionality, the first affection and the first bitter disappointments.
It is an award-winning picture in Poland and abroad. 'Bez śniegu' won among others The Young Cinema Competition for the best film at the Gdynia Film Festival, in 2011 for "exceptional maturity and creativity of the filmmakers, awareness of film techniques and their application". In the same year it won the Silver Hobby-Horse for the best feature film at the Krakow Film Festival. Moreover, the film received the Grand Prix at the Bilbao International Documentary and Short Film Festival (Zinebi) and was awarded by the Jury in the International Short Film Festival in Leuven. In 2012 it won at the Short Films Festival (Vila do Conde) for the best feature film.

'Dobro, piękno i prawda' (The Good, the Beauty and the Truth) directed by Balbina Bruszewska, a student of National State School of Film and Television.
In the city, where egocentric residents do not praise the virtues mentioned in the film's title, a new hero arrives with a unique suitcase. It contains a paper model of a perfect city, which resembles his place of origin: where people were nice and friendly to each other. Bruszewska's parabolic story about a contemporary world in which demand for good, beauty and truth has been declining and substituted with demand for cheap scandals, dramas,explosions, shootouts and other much more ‘interesting' things. It is a story of a man bearing an idealised image of the world, defending his ideals and trying to share his vision with others. The protagonist, "Mr Good" is destined to fail due to his naive fight for the good in the world, although the end brings a beam of hope.
The film won among others the 1st Award in Polish Competition "Independent" at the International Short Film Festival "żubrOFFka"- for a "confrontation of classic graphics with current trends in animation, for philosophical approach to the theme in the film" and a honourable mention at the Polish Animated Film Festival OFAFA in Krakow.

'Jezioro' (The Lake) by Jacek Piotr Bławut
"Other soul - dark forest" is a key sentence of the film. 'Jezioro'(The Lake) tells a story of Tadeusz, who seeks to find an answer to the mysterious death of his wife at the bottom of a lake. According to the director: "For me, this film is primarily about the search for a lost love (...) about seeking to understand other person, rediscover their character after a long and difficult separation. Nevertheless, the main character opens his eyes only after the tragic events, which took his beloved away. He begins to be fascinated with his wife anew, discover her secrets. His metamorphosis appears to be outdated, but not necessarily. He can draw conclusions from his experience in order to save someone else. That's why his relationship with his daughter is so important for me in this film. It is not who and what we have lost, but what we can still save.''