POSTER OF IMAGINATION in Edinburgh 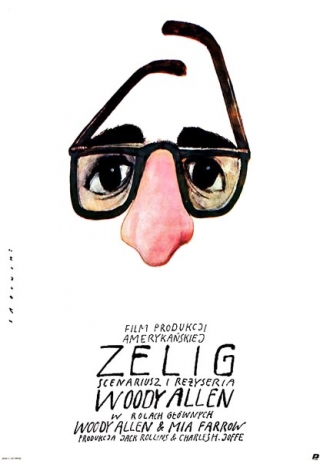 The audience of this year’s edition of Play Poland festival in Edinburgh will have a chance to see the exhibitions of Polish film posters for the American productions. It will be an unprecedented event as these film posters, created during the socialist era in Poland, are rarely on display in the United Kingdom.

The exhibitions of Polish posters will show a collision of two cultures – the colourful and glamorous Holywood with the grey, poor and very plain Polish culture before the 80s’. The convergence of these two worlds led to a situation where Polish graphic designers of the socialist period have created the posters which are now treated not only as marketing products but also as unique pieces of art. The political situation and limited access to the western, especially American films, forced the artists to create posters relying only on their own imagination and perception of the West. This inconvenience resulted in original style of the posters which are characterised by pictorialness, use of a metaphor and simplicity. Lack of photographs and ready templates normally provided by film producers, lack of images of film characters’, brief descriptions, typography within a picture and a unique style of each creator made the Polish film poster of socialist era widely acclaimed in the Western world of art.
During the exhibition there will be 40 posters created by, among others, Maciej Zbikowski, Edward Lutczyn, Henryk Sawka, Marek Płoza-Doliński, Krzysztof Lenk and others. The posters were made for productions of Steven Spielberg, Alfred Hitchcock, Clint Eastwood and Francis Coppola.

The exhibition will take place during the Edinburgh’s edition of Play Poland festival in the hall of Filmhouse cinema on Lothian Road.