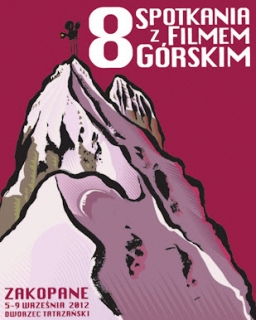 The 8th international festival Mountain Film Meetings will take place between 5th and 9th of September in Zakopane. The festival programme will include screenings of films specific to the genre, panel discussions, meetings with the world-class mountaineers and himalaists, retro style mountain excursion as well as exhibitions and workshops on photography.

During the festival an international Mountain Film Competition will take place, which will be divided into three blocks. Films from, amongst others, Germany, Spain, Switzerland, the USA, Brazil, Poland, France, Sweden, Slovakia, Italy and Afghanistan will compete for the main prize. The jury will consist of Bernadette McDonald, an award winning author of books on mountaineering and mountain culture, Krzysztof Kokoryn, a painter and moviemaker, Mirella Kurkowska, a historian of ideas specialising in cinematography, Piotr Morawski, a director and sociologist and Andrzej Załuski, a mountaineer and graduate of Warsaw University of Technology. In addition to the competition, there will be screenings of short films throughout the whole festival. The organisers have also prepared the retro style mountain excursion, panel discussions with members of staff of the Tatra National Park, coffee conversations, sport and environmental workshops, photography exhibition and a charity fundraising event.