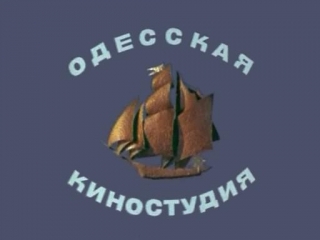 The 13th edition of the Panorama of New Polish Cinema, organised by the Łódź Museum of Cinematography and Łódź City Council, will take place in Odessa between 1st and 7th of September. Ukrainian audience will have a chance to see the best Polish films of recent years and a selection of Polish short films.

The film screenings take place in the U-Cinema, a theatre cinema which belongs to the legendary production house Odessa Film Studio. This year's programme includes such films as “Rose” (“Róża”) by Wojciech Smarzowski, “Mall Girls” (“Galerianki”) by Katarzyna Rosłaniec, “Tomorrow Will Be Better” (“Jutro Będzie Lepiej”) by Dorota Kędzierzawska, “In Darkness” (“W ciemności”) by Agnieszka Holland, “Suicide Room” (“Sala samobójców”) by Jan Komasa, Jacek Bromski's “Entaglement” (“Uwikłanie”) and a selection of Polish short films. The film screenings will be accompanied by a series of events, including a concert of Russian war songs “Two Riversides” by actor Lech Dybik, Aleksiej Siemieniszczew and Ilja Zmijew. The Ukrainian audience will also meet director Dorota Kędzierzawska and the producer of “Rose” and “Mall Girls” - Włodzimierz Niderhaus.

Odessa is a special place for Ukrainian and Soviet cinematography. It was here that the director of “Battleship Potemkin”, Siergiej Eisenstein, shot one of the most famous scenes in the history of cinema, one that changed the language of film forever: 6-minute massacre of civilians at the hands of the White Guard in June 1905. The Panorama of New Polish Cinema has been taking place annually for 13 years during the celebrations of Odessa – Łódź's partner city. Krzysztod Zanussi and Andrzej Wajda were amongst guests of the previous editions. The film showcase is accompanied by screenings of students’ etudes, mini documentaries and animation films.