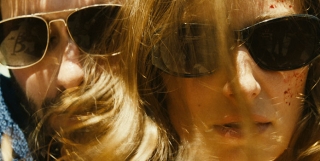 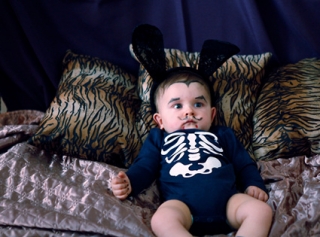 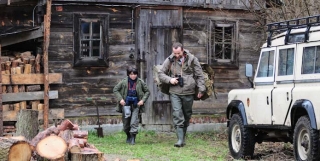 Two Polish films will be presented during this year's Toronto International Film Festival (6th – 16th September 2012): “Imagine” by Andrzej Jakimowski and “Baby Blues” by Katarzyna Rosłaniec. The festival will also feature the première screening of a Polish-German-Israeli co-production “Igor i podróż żurawi” (“Igor and the Cranes' Journey”) by Evgany Ruman. Alongside the screenings the Loch Gallery in Toronto invites to an exhibition „Roman Polanski – actor and director” from 10th September until 10th October.

Toronto International Film Festival (TIFF) is organised annually since 1976 and lasts ten days. The event is considered to be the first and most important film festival of North America. It is organised solely as a film showcase, without any traditional film competitions, and it is mainly the audience that decides who wins. Awards are also given by accredited journalists, international critics' association and the council of the city of Toronto.

“Imagine” by Andrzej Jakimowski
“Imagine” by Jakimowski (which will have its world première at this year Toronto festival) is the story of Ian, a charismatic instructor for the blind, who works with patients of a prestigious ophthalmology clinic. He teaches them about spacial orientation. One of the methods he uses is echolocation. His unorthodox approach becomes something of a challenge not only for the patients, but also for the clinic staff. Soon the teacher becomes particularly interested in one of his patients – young, sensitive, introvert Ewa. Ian, though blind himself, decides to take her outside the clinic to help her rediscover the pleasures of life.

“Baby Blues” by Katarzyna Rosłaniec
Kasia Rosłaniec, the director of award-winning “Mall Girls” (“Galerianki”), chose another controversial topic for her newest film – teenage parenthood and its challenges. The director tells the story of Natalia (starring Magdalena Berus) and Kuba (Nikodem Rozbicki) who at the age of 17 become parents of Antoś. The film pictures the emotionally straining situation of young people who suddenly face a difficult task of parenthood.
- For me this is a film about how teenagers (…) these girls who feel so lonely and unloved, who feel they have nobody to love and that nobody loves them, so that they decide to have a baby (…). It is strange and a little sad that they feel these emotions at such an early age, that they feel they have such a void to fill – said the director in an interview for Polish Film Institute (PISF).

The film's main character is thirteen-year-old Igor (Itai Shcherback), who emigrates from Russia to Israel along with his mother Tanya (Ola Schur Selektar). He is resentful of his father Piotr (Tomasz Sobczak), a scientist who dedicates himself only to his research on the migration of cranes. The alienated and lonely little boy starts pursuing his father's greatest passion: following the migration path of a family of cranes through a special website he soon becomes fascinated by the birds. He even has his favourite one – Karl, whose life is in grave danger.

Alongside the screenings, for the first time in North America, the audience will also have a chance to see an exhibition dedicated to Roman Polański, created by the Łódź Museum of Cinematography. The exhibition presents the career path of the Polish artist through a unique selection of photographs, posters and recordings, including a 30-minute montage of Polański's early film appearances.