Damian Nenow's prelimentary draft to the animation from the movie about Ryszard Kapuściński / source: culture.pl

Platige Image will produce a film on Ryszard Kapuściński 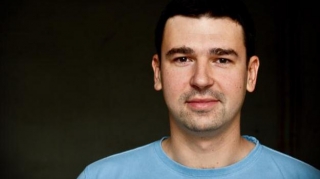 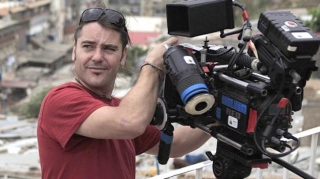 Source: culture.pl
Damian Nenow's prelimentary draft to the animation from the movie about Ryszard Kapuściński

‘We will tell a fascinating story of Kapuściński who risks his life to complete his almost suicidal mission. It will be a tale of a man searching for truth about war, who during his travel encounters situations and events forcing him to take a stand on these issues’ – say the producers of ‘Another Day of Life’ („Jeszcze jeden dzień życia ”), based on Ryszard Kapuściński’s book of the same title.

Platige Image Studio has started works on a partly animated documentary film based on Ryszard Kapuściński’s book ‘Another Day of Life’ . The film is directed by a Spaniard Raul de la Fuente and a Polish director Damian Nenow, known for the last year’s Oscar nominee – ‘Paths of Hate’ as well as detailed film reconstruction of post war Warsaw – ‘City of ruins’.

‘Another Day of Life’ is Kapuściński’s account on his time spent in Angola in 1975 when the country was in the state of civil war. The reporter was at this time a correspondent of the Polish Press Agency. His experiences from Angola were described a year later in very personal reportages. The author did not focus on the conflict and its origins itself but he concentrated on his own personal feelings. Kapuściński wrote about the unknown, fear and insecurity about each next day. These emotions accompanied him during his entire stay in Angola. The reporter has also mentioned in his book the situations when he was not certain he would survive the next day, thus telling himself ‘Well, another day of life passed, one more ahead of me’.

In the ‘Another Day of Life’ the witnesses’ accounts of the civil war in Angola are intertwined with the animations based on Kapuściński’s memories. The director plans to start shooting the documentary part in autumn 2013. It will be filmed in Poland, Angola, Portugal and Cuba. Simultaneously the animations will be developed, the author – Damian Nenow plans to keep them in a comic style. The animated part of the film will show the viewers Kapuściński arriving in Angola and going to the front together with fighting for independence soldiers.

Raul de la Fuente has encountered and admired the works of Kapuściński already as a teenager. The director recalls: ‘I had 15, maybe 16 years. As a student I met him personally and from that moment I’ve started systematically reading his books. That is how my fascination began, further strengthened with my visits to Africa, among others, to Ethiopia, Mozambique and Angola. The books enabled me to understand Africa better; Kapuściński was kind of a guide’. The making of ‘Another Day of Life’ is a dream coming true for de la Fuente. He says about his project: ‘It is a film about Ryszard Kapuściński, who does everything that is in his power to inform the world about war in Angola and the human suffering it causes. It is a personal drama of a man who in very tough conditions has to, on one hand, do his reporter’s job and, on the other, understand the people who participate in this conflict.’

The Spanish director, wishing to scrupulously prepare for the film, took a journey following Ryszard Kapuściński’s footsteps. ‘I’ve set for Angola, to find people who remembered him. The talk with Farrusco, but also with others who remembered the Polish reporter has enriched my understanding of his reportage from Angola. They gave me an additional context. Besides, it was fantastic – to be able to travel on the same roads that Kapuściński travelled through in 1975, visit the hotel room in which he worked on Polish texts’ – says de la Fuente.

The film will be made in coproduction with Kanaki Films from Spain, German Wueste Film and Belgian Walking the Dog company. The premiere is planned for first quarter of 2015.