ALL THAT I LOVE by Jacek Borcuch 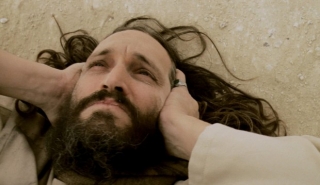 It looks like the Play Poland festival is not the only mobile event presenting Polish cinema as in Brazil the Warsaw distributor Mañana for the fourth time organises the showcase of the Polish features which will last from 11th September to March 2013.

In the programme of the 4th Polish Cinema Festival in Brazil there are also films co-financed by our partner – Polish Film Institute. During the festival’s opening ceremony the Brazilian audience will have a chance to see Jacek Borcuch’s film – ‘Everything I love’. The programme of the event will also have Jerzy Skolimowski’s ‘Essential Killing’, ‘the Mill and the Cross’ by Lech Majewski, ‘Little Moscow’ by Waldemar Krzystek, ‘Venetia’ by Jan Jakub Kolski, ‘Zero’ by Paweł Borowski and ‘Little Rose’ by Jan Kidawa Błoński.
The festival will visit the most important cultural centres in Brazil: Curitiba, Rio de Janeiro, São Paulo, Brasílie, Manaus, Belo Horizonte and Salvador.

All shows entries free of charge.