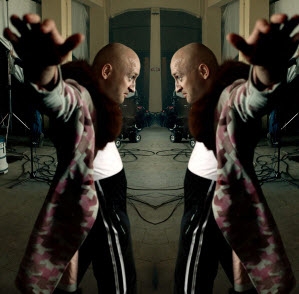 From the last days of September the TVP Kultura channel, a media partner of Play Poland Festival, will broadcast some of the best Polish productions in recent years. They will be shown on a weekly theme based movie block of ‘Studio kultura’ programme (24-28th of September, at 20:20).

At the end of September, TVP Kultura will show its TV premieres of two very original in its form and story films: ‘Mother Teresa Of Cats’ (Matka Teresa od kotów) by acclaimed drama writer and director Paweł Sala, as well as a cinematic adaptation of Dorota Masłowska’s novel – ‘Snow White and Russian Red’ (Wojna polsko-ruska) directed by Xawery Żuławski.
It is the intention of „Studio kultura” authors to present films of the greatest Polish filmmakers of young generation. That is why the weekly theme based block will show debuts of those directors with an interview preceding each film. The viewers of „Studio kultura” will have an opportunity to see the film ‘My Flesh, My Blood’ (Moja krew) directed by Marcin Wrona, with the leading role played by Eryk Lubos, ’33 Scenes From Life’ (33 sceny z życia) by Małgorzata Szumowska, the winner of TVP Kultura Gwarancja Kultury 2009 Award (Culture Warranty 2009 Award) for the best film as well as ‘All That I Love’ (Wszystko co kocham) by Jacek Borcuch with Mateusz Kościukiewicz and Jakub Gierszał.

In the broadcast programme of TVP kultura for this autumn we can also find ‘Rozmowy o kinie i nie tylko’(Film and Other Things Show). The audiences will see interviews with current Polish celebrities made during this year’s Gdynia Film Festival. The authors – Katarzyna Janowska and Maks Cegielski met with, among others: Agnieszka Grochowska, Agata Buzek, Andrzej Wajda, Leszek Dawid, Marcin Wrona, Maciej Stuhr, Tomasz Tyndyk and Marian Dziędziel. The programe will be broadcasted every Wednesday at 20:20.