PETER AND THE WOLF by Suzie Templeton // source: Studio SE-MA-FOR

65 years of Polish Animation for children 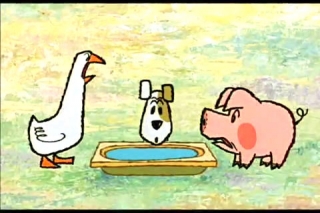 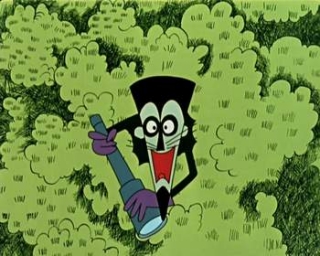 From 11th of September till 6th of October the Krakowskie Przedmieście district in Warsaw will host an exhibition titled ’65 years of Polish animation for children’. It is a commemoration of the 65th anniversary of the first Polish animated movie for children – ‘In Times of Krakus king’ (Za króla Krakusa) by Zenon Wasilewski, produced by the Puppet Film Studio of the Polish Film in Łódź 1947.

The concept as well as the funds for the exhibition come from the Polish Film Institute and the Museum of Cinematography in Łódź in association with the National Film Archive, Animated Film Studio in Bielsko-Biała, the Studio Miniatur Filmowych, Se-ma-for Studio, TV Studio of Animation Films in Poznań, National Audiovisual Institute, Cinema of Poland and Fotokody.pl company.

During the exhibition the viewers can see various types of animation techniques, a short review of Polish animation history, profiles of the renowned Polish animation artists, features and short films, animated series and a whole range of works of film studios. The audience will see the photographs from various festivals of animation dedicated to children. The viewers will also have a chance to familiarise themselves with the history of Polish animation as the exhibition is displayed chronologically. To memorialise the event which will take place in Krakowskie Przedmieście the visitors can purchase an album about the Polish animation for children. On top of that some of the film descriptions contain QR codes which can be scanned with a mobile phone. These allow for watching a a part of each animation. Both the album and the exhibition are displayed in two languages – Polish and English.

The illustrations for the exhibition and the album – film stills, pictures from the set, photographs of puppets, reproductions of concept arts, screenplays, celluloids, posters, cast pictures – come from various sources: National Film Library, Museum of Cinematography from Łódź, film studios, National Digital Archives as well as from many private collections of the directors or their inheritors.

The exhibition will last till 6th of October. It will be concluded with the grand closing ceremony where the attendees will have a chance to watch the productions selected for the exhibition (among others, ‘Bolek and Lolek’, ‘A doggie in checks’, ‘Pampalini the animal hunter’, ‘Reksio’, ‘The strange adventures of Matołek the Billy-Goat’, ‘The two who stole the moon’ and the most recent animations, created after 2005), meet in person with the animation creators, take part in a lecture on the history of the Polish animation for children as well as listen to the concert of ‘Małe Instrumenty’ band. An important part of that day will be the animation workshops for children above 12 years old. The young creators will have a choice of: two multisets and one puppet set. On the basis of previously prepared script they will produce their own scenes which they will later animate. The workshop’s participants will also create characters and prepare elements of scenography required for the film. They are allowed to use all sorts of techniques: puppets, cut-outs, sand animation, plasticine, object animation, paint-on-glass animation,

The exhibition ’65 years of the Polish animation for children’ will be presented in various cities across Poland during the festivals showcasing animated productions for children.

You can read more about the event on the Polish Film Institute website.