Bartosz Konopka and his films already in Glasgow and Edinburgh 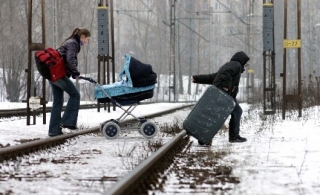 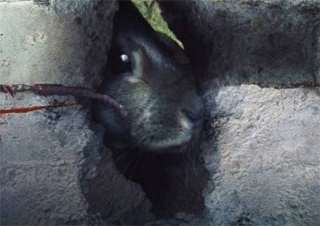 We would like to invite everyone to Glasgow (20th of October, Sikorski Polish Club) and Edinburgh (24th of October, Screen Academy) a meeting and a screening session with one of the most successful young Polish directors, Bartosz Konopka will take place. Three of his films: "Three for the Taking" (Trójka do wzięcia), "Rabbit à la Berlin" (Królik po berlińsku) and "Fear of Falling" (Lęk wysokości) will be screened at this year's PLAY POLAND Film Festival.

Bartek Konopka is one of the most frequently awarded Polish directors. His latest film "Rabbit à la Berlin" was nominated for the 2010 Academy Award in the Documentary Short Subject category. So far the film has won awards at festivals such as Hot Docs Toronto, Hamptons, Jihlava, Krakow Film Festival and Planete Doc Review. Konopka’s short feature debut "Three for the Taking"(2006) produced by Studio Munka won 12 awards at many different festivals, i.e. Grand Prix at Brest Film Festival and Best Debut Award at Message To Man IFF in St. Petersburg. His documentary ”The Goat Walker” (Ballada o kozie,2004) was awarded by Planete Television at the Berlinale in 2004 and was then shown by all Planete channels worldwide. It also won a number of audience awards at various festivals. Bartek holds a Master degree in film studies from the Jagiellonian University and has graduated from the directing department of/at the Kieślowski Radio and Television Faculty of the University of Silesia in Katowice and the Andrzej Wajda Master School of Film Directing.

Konopka's "Rabbit à la Berlin", featured at the festival, is a story of rabbits living in the vicinity of the Berlin Wall, involuntary witnesses of eventful, post-war history of the city and the dividing wall. Voiceover narration is full of absurd humour tale of everyday existence of rabbits, which imperceptibly transforms into a story about people. It is a story not only about inhabitants of East Berlin, but the whole GDR. People forced to become subjects of a social and political experiment, literally and metaphorically cut out from the rest of the world by the wall. Ironically enough, the story of rabbits is an accurate reflection of those people history. 'Rabbit à la Berlin' was among five documentaries nominated for Oscar award in 2010 in the best short documentary category. For his film Bartek Konopka has previously won among others: Golden Hobby-Horse at the 49th Krakow Film Festival Cracow Film Festival and the Hotdoc festival award in Toronto.

"Three for the Taking", in turn, is a short family drama. Terminally ill mother decides to find a new home for her children. The oldest one, 16 year old daughter Inga is determined to save the siblings from separation at all costs. She runs away from social workers and begins a premature adult life. The film is an award-winning picture, receiving such awards as: the Grand Prix Award at the European Short Film Festival in Brześć. The same year in New York the film won a prize in short film category and the main prize at the Warsaw Short Film Festival. In St. Petersburg it received the Centaur Prize for the best debut during the International Film Festival "Message To Man" and the Grand Prix in a short film competition in Toruń during the International Film Festival TOFIFEST.