The biggest Australian festival of Polish films has started 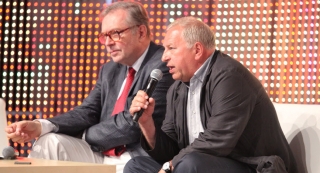 On 11th of October in Melbourne the biggest in Australia’s history event on Polish cinema has commenced. Puma Media Polish Film Festival will take place simultaneously in three Australian cities – Melbourne, Sydney and Canberra and its primary goal is to promote Polish cinema among the Australians and Poles living in Australia. A number of renowned personalities associated with the Polish cinematography will attend the event, including director Krzysztof Zanussi and actor Jerzy Stuhr.

24 Polish films will be screened during the festival with the most recent productions as well as older classics of the Polish cinema. Australian audience will watch three films which have not yet had their premiere on the silver screen: ‘My Father’s Bike’(Mój rower) by Piotr Trzaskalski, ‘The Fifth Season of the Year’(Piąta pora roku) by Jerzy Domaradzki and ‘In a Bedroom’(W sypialni) by Tomasz Wasilewski. Apart from the new stuff the programme of the Australian event has ‘Sexmission’(Seksmisja) which can be seen in the digitally remastered version. On top of that the Festival will host a number of short films screenings.

Australian celebration of the Polish cinema will open with the above-mentioned Piotr Trzaskalski’s film ‘My Father’s Bike’, which has received the Golden Kangaroo at the Gdynia Film Festival awarded from 2008 by the so-called Australian jury, selected by the funder of the award – Puma Media company.

Tadeusz Matkowski, director of Puma Media, distributing Polish satellite television channels in Australia is the organiser of the Festival. Honorary patronage is held by the Ambassador of the Republic of Poland in Australia – Andrzej Jaroszyński. Partners include Polish Film Institute and Documentary and Feature Film Production Company.

You can find more info about the festival at: www.polishfilmfestival.net