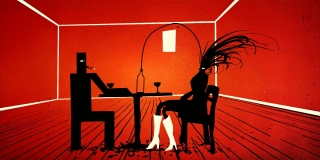 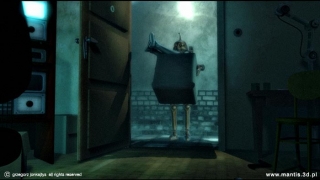 We would like to invite all animation fans to a screening of animated films with Platige Image – leading Polish post production studio with over 15 years of experience in the film industry. Works of Platige Image were nominated to Oscar, Emmy Awards and VES Awards as well as received such prestigious prizes as BAFTA, Siggraph and Annecy. Remember! Birmingham - October 27. London - October 22. Glasgow - October 24. Edinburgh - October 30.
All films are screened with English subtitles.

Animations presented during the festival were produced with the use of modern digital technology. However, we must remember that the art of animation has a long history in Poland. Polish School of Animation refers to more than 100 years of tradition. It is characterised by rich and diverse artistic achievements, two Oscars (first received in 1980 by Zbigniew Rybczyński for "Tango"), hundreds of prestigious awards and screenings at international festivals. The history of Polish animation goes back to pioneer productions of puppet animation by Władysław Starewicz. A new chapter in its history was opened in 1957, when known graphic artists, Jan Lenica and Walerian Borowczyk debuted with ‘Once Upon a Time’ (Był sobie raz). They started the age of auteur cinema for adults. A storyline became an excuse to play with associations and experiment with animation techniques. Pictures were very modest and composed of a black spot, stripes, tripods and cutouts from an old newspaper. 1960s witnessed a real boom in Polish animation. Debuts of eminent personalities were released and new trends originated. We should mention here Mirosław Kijowicz, Daniel Szczechura, Kazimierz Urbański and Jerzy Zitzman. All of them were supporters of auteur cinema, where one man is responsible for directing, scenery and script-writing. In 1980s a completely new concept of animated film started, where the themes of films were inspired by an ordinary life. The concept was also based on very vivid plasticity inspired by photography. Some of the artists of this trend include: Ryszard Czekała, Julian Józef Antonisz, Jerzy Kucia, Jerzy Kalina, Zbigniew Rybczyński. Near the time of decline and fall of communist Poland debuted Piotr Dumała and Jerzy Kucia - great personalities of Polish animation. With often revolutionary techniques they filled their films with metaphysical aura.

When the repertoire of animation makers have been enriched with digital technology, Polish animation did not lag behind. To the contrary, Polish films gain international recognition with key awards at international festivals including another Oscar nomination at awards at the festival SIGGRAPH. Some of the filmmakers organise individual showcases and exhibitions in centres of modern art around the world such as: Centre Georges Pompidou in Paris and the Museum of Modern Art in New York.
Animations presented during PLAY POLAND FILM FESTIVAL are characterised by diverse topics, techniques and atmosphere. Works such as "Teaching Infinity" (Lekcja nieskończoności, dir. Jakub Jabłoński and Bartek Kik) and "Mantis" take us into the futuristic world, full of machinery and robots yet still a world of full human emotions. "Mantis"- film debut of Grzegorz Jonkajtys, gained recognition at the national and international film festivals. In 2002 it won the "New Independent Talent" prize at the "Imagina" festival. Platige Image works with Tomasz Bagiński, filmmaker, nominated to Oscar for "The Catedral" (Katedra). The film will be shown at the Play Poland Film Festival along with Bagiński’s other animations, such as: "Kinematograph"(Kinematograf) and "Fallen Art" (Sztuka spadania). Bagiński is also the only filmmaker in the history of the SIGGRAPH festival, who has received the main prize twice - first time in 2002 for ‘The Cathedral’ and in 2004 for ‘Fallen Art’. Moreover, in the productions of Platige Image we will see a world enslaved by a huge machine in the animation by Marcin Pazera "Moloch", "Undo" by Marcin Waśko will bring us to a strange library, where every book is equal to an individual human life. Finally, we will participate in lady prep fever in an interesting animation "Chick" (Laska) directed by Michal Socha.

Platige Image is one of numerous animation studios in Poland. Other famous, traditional Polish animation studio is Se-ma-for in Łódź where films were made in virtually all animation techniques- puppets, cartoon, plasticine, cut-outs and collage. Here is where the Polish Oscar winners were produced: film ‘Tango’ by Zbigniew Rybczyński and ‘Peter and the Wolf’ (Piotruś i wilk). In addition, among most successful studios are Animated Film Studio in Bielsko-Biała, specialising in films for children, The Studio Miniatur Filmowych in Warsaw, TV Studio of Animation Films in Poznań and former Animated Films Studio in Kraków, with auteur animation for adults.

We look forward to see you!