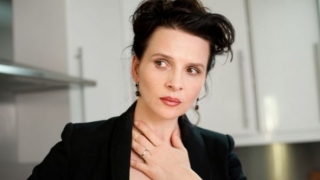 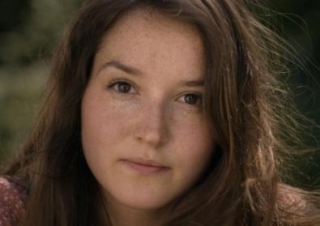 Next Thursday, on 9th of November we would like to invite you to a screening of a new Małgorzata Szumowska’s film titled ‘Elles’ (Sponsoring).Starring Juliette Binoche, well-known from Krzysztof Kieślowski’s trilogy ‘Three Colors’, is accompanied by two talented actresses of a new generation, Anais Demoustier and Joanna Kulig.

‘Elles’ is a story about Anna (Juliette Binoche), a journalist writing a report about prostitution at Parisian universities for ‘Elle’ magazine.  As she works on the article she meets two young girls, Charlotte (Anais Demoustier) and Alicja (Joanna Kulig) who introduce her to the world of love for sale. Charlotte and Alicja have completely different personalities, Charlotte comes from a good French family, she is girly and seems a bit shy. Alicja is more distinct. She is a student from Poland who comes to Paris to gain qualifications from renowned university. They are brought together by ambition for a better life and their love of comfort and luxury. In their world a body is a commodity that can be exchanged for goods which are off limits for people their age. ‘It’s like smoking. Hard to stop.’  - says Charlotte at the beginning of the film, and she does not only mean selling herself but refers to a luxurious life. ‘When you start rolling in money it’s impossible to go back and be poor like the rest of the students.’ Meanwhile, Anna has all that Charlotte and Alicja dream of, a beautiful house, a well-paid job and a loving family. However her happiness is only an illusion. She struggles with loneliness as she distances herself from her husband and is unable to have a genuine relationship with her sons. With time she discovers that the call girls’ world, about which she is writing, may be more real than her own…

Małgorzata Szumowska’s film in a true and sometimes drastic way tells a story about peoples’ hopes and dreams, loneliness in a relationship, the need to be understood and attached. It is also a story about today’s consumerism, aspirations to be earning a lot of money maintaining a high social status. In ‘Elles’ Szumowska is not afraid to approach controversial topics like prostitution among students and keeps an objective perspective. She does not explain her characters, she does not judge them. This neutral position makes the picture universal and proves its power.

Małgorzata Szumowska is one of the most promising directors of the young generation in Poland. Having graduated from National Film School in Łódź she quickly proved her talent by making ‘Happy man’ (Szczęśliwy człowiek) and ‘Stranger’ (Ono).  She also directed one episode of ‘Visions of Europe’, which was co-directed by i.a. Lars von Trier and Peter Greenaway. However, the greatest publicity and acclaim that she has received was for the controversial film ‘33 Scenes From Life’ (33 sceny z życia) based on facts from her life.

‘Elles’ is Szumowska’s next picture that received an enthusiastic welcome from both, viewers and critics. It was nominated to many prestigious awards in film competitions and it was well perceived at Gdynia Film Festival, Lubuskie Film Summer and International Film Festival TOFIFEST in Toruń.