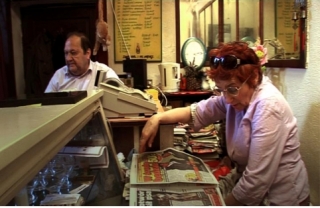 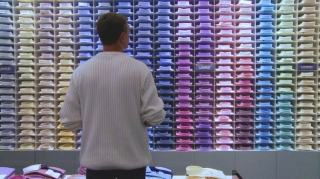 On 7th of November (6.30pm) in the Sikorski Polish Club in Glasgow there will be screenings of three films: ‘Bon Appetit’ directed by Jakub Maciejko, ‘North to Calabria’ by Marcin Sauter and ‘3 days of freedom’ by Łukasz Borowski. The pictures are second part of the series of specials screenings dedicated to films produced by Wajda Studio.

Bon Appetit/Bon Appetit, dir. Jakub Maciejko
It is a full of humour and nostalgia documentary about bar Waga located in Warsaw Wola district. The place and its people belong to the fading world of past which you will hardly find in the capital these days. The makers show various adventures and struggles of adorable and joyful owners of the bar.

North to Calabria/Na północ od Kalabrii, dir. Marcin Sauter
‘North to Calabria’ is a ‘fairy tale documentary’ about the dream place for living where time goes slowly, people know each other well, accept their own imperfections, they meet to talk and simply be together. Sauter and his crew managed to get the whole town involved. It just needed couple of lessons on Mediterranean cuisine and art of ‘carpe diem’ and the Polish province started to look like picturesque Calabria and the film itself like an Italian comedy.

3 days of freedom/3 dni wolności, dir. Łukasz Borowski
A documentary describing the struggles of Piotr who, after fifteen years of sentence, is temporarily leaving the prison. Lost, confused and at the same time fascinated he tries to understand today’s world. During his time off he will have to face his life, evaluate his past and prospects for future and choose what is most important for him. How he would use his three days of freedom?

Admission to all the shows is free.