WE WILL BE HAPPY ONE DAY by Paweł Wysoczyński 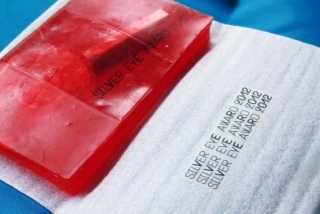 October 27 brought the closing ceremony of the 16th edition of the Jihlava International Documentary Film Festival in the Czech Republic. The festival's winning films in the Silver Eye Awards section include several projects by Polish filmmakers.

The winning film in the Short Documentary category was Wytnij wklej (Cut Paste) by Rafał Samusik. Jury members Thierry Detaille (Belgium), Jukka-Pekka Laakso (Finland) and Georgy Molodtsov (Russia) justified their decision in the jury statement: "Our decision was unanimous. While discussing the importance of donating organs for transplants, the film avoids obvious narrative solutions and the point of view of the donor. We decided to award a film that honours the best traditions in documentary filmmaking."

Marta Sikorska of the Polish Film Institute accepted the award on behalf of the director. "On behalf of Polish filmmakers and the Polish Film Institute I would like to thank the Institute of Documentary Film and East Silver for promoting Polish documentary filmmaking. This year's Silver Eye competitions featured a total of nine Polish films. Thank you for this recognition," said Marta Sikorska.

The winner in the Best Mid-Length Documentary category was Kiedyś będziemy szczęśliwi (We Will Be Happy One Day) by Paweł Wysoczański. Jury members Terry Stevens (United Kingdom), Laurien ten Houten (Netherlands) and Anna-Lena Bytröm (Sweden) said the following in the jury statement: "In our case, the jury was also quick to come to a decision. The more we discussed the award, the more our choice became obvious. We are greatly impressed by the personalities depicted in the film and the beautiful relationship between them. The story told in this film shows the power of dreams."

The Best Feature Documentary Silver Eye Award went to Sofia's Last Ambulance, directed by Ilian Metev. The film was made in co-production between Bulgaria and Croatia.

The Silver Eye Awards are not only a form of appreciation for the films' artistic merit, but also an obligation to assist their creators in finding a world sales agents, ensuring that these films will be promoted at various film festivals.