Pre-premiere Screening of ‘The Canadian Dresses’ in Edinburgh 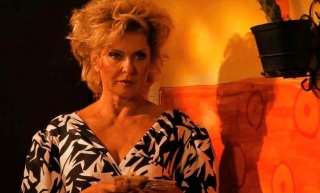 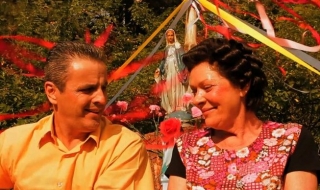 This Thursday, November 15th, there will be a pre-premiere screening of ‘The Canadian Dresses’ (Kanadyjskie sukienki) directed by Maciej Michalski. The film stars among others Anna Seniuk, Ewa Kasprzyk, Justyna Steczkowska, Piotr Polk and Wikor Zborowski. The screening will be accompanied by Q&A with the film director.

The latest Maciej Michalski’s film is based on true events that occurred in the director’s life. Michalski takes us to 1980s. The story takes place in a Polish countryside, where life goes by very slowly. We watch everyday talks, cooking and baking intertwined with characters’ real life dramas. All spiced up with a good sense of humour and stellar actors’ performance who agreed to take part in the film without remuneration. The film was financed entirely with the funds of the director. ‘The Canadian Dresses’ is an example of an excellent independent production which astounds with its simplicity and power of its artistic expression.

Michalski’s story starts with a birthday party of Zofia (Anna Seniuk). Together with her whole family she awaits a return of her husband, Tadeusz, and daughter, Amelia, after 10 years of living in Canada. Unexpectedly, Amelia arrives alone. As the story develops we learn about the sad truth about Zofia’s husband and Amelia’s real reasons for leaving Canada. This is only a beginning of the complex family intricacies…

‘The Canadian Dresses’ is a cinema of emotions and true colours. It is also about dealing with past events, attempts of finding answers and putting things in order. ‘For me, those years were beautiful’ – said the director. ‘People would meet and welcome each other, and when they sat together, they would talk for many hours. And those parcels from the West. Everything was amazing. Toys, clothes… I remember, we would even sniff the packaging. When my granddad finally got back to Poland for good, he said he had found his paradise. That he had his Canada here.’ (source: the producer). Maciej Michalski refutes the myth that Canada was a better country to live in. The film’s main characters dream about the eponymous Canadian dresses, a symbol of apparent prosperity. The director manages to flip a common perception on migration showing uncomely Canada, where life is filled with hard-work and dollar chasing. On contrary, stunning and colourful Polish village with its daily trivial routines, idyllic landscape, family and neighbour relations trumping materialism.

Cinemagoers and film critics will appreciate Anna Seniuk who managed to display a full range of emotions experienced by the protagonist. In addition, performances of Ewa Kasprzyk, Elżbiety Jarosik and Ewa Kolasińska will also be remembered. Interestingly, the film allows us to follow a story of famous actress of Polish origin – Pola Negri.

Maciej Michalski is a talented director and scriptwriter of young generation. He is a graduate of University of Arts in Poznan, where he studied artistic education. He started making films while at the university. In 2001 he debuted with etude ‘Święto ziół i kończyny’. He also made two feature films – ‘The Doll’s House’ (Dom lalek) and ‘Snow White’ (Królowa śniegu). However, he is most known for directing music clips of which he made about 70, including ones for Justyna Steczkowska, Anita Lipnicka, Kasia Wilk and Łukasz Zagrobelny.

The premier of ‘The Canadian Dresses’ is scheduled for 25th of January 2013.

Film will be screened with English subtitles.