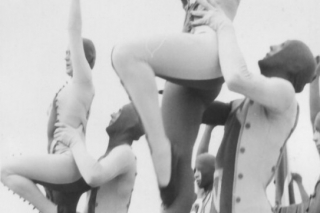 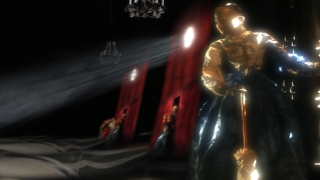 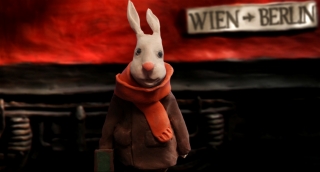 On 5th of December short films from T-Mobile New Horizons – three animations and one documentary – will be screened in Edinburgh. The audience will see ‘The Mask’ (Maska), the newest animation by Quay brothers famous for animated adaptation of Bruno Schulz’s ‘The Street of Crocodiles’, a documentary by Gelles Lepore, Michał Mądracki and Maciej Mądracki ‘The Work of Machines’ (Praca maszyn), ‘Esterhazy’ by Izabela Plucińska and ‘The Lost Town of Świteź’ (Świteź) by Kamil Polak.T-Mobile Nowe Horyzonty.

T-Mobile New Horizons International Film Festival is one of the largest and most important film festivals in Poland and whole Central Europe. The festival features ambitious projects made by uncompromising artists who in opposition to the world’s trends create their own film language. Films that compete for awards are a mixture of different genres, styles and interesting ways of visualizing and expression. Films are judged on their originality, innovation and ability to stir discussions. Films presented during the festival are shown in a few selected cities in Poland during the festival’s tour New Horizons Turnée, after which starts they enter regular distribution.

New Horizons Association which organises T-Mobile New Horizons coordinates also other film festival in Wrocław – American Film Festival. AFF shows both newest films of acclaimed directors as well as works by unknown filmmakers, including experimental and auteur films. As in the case of New Horizons, organisers promote young, ambitious cinema which thanks to the festival may gain recognition of a wider audience.

Films shown during Play Poland Film Festival were screened in Wrocław during T-Mobile New Horizons in 2010-2011. Alongside animations of acclaimed directors such as Brothers Quay, there will be also an opportunity to see a documentary by less known directors like Michał Mądracki, Maciej Mądracki and Gilles Lepore. The screening will also included a well received by the worldwide audience animations by Kamil Polak and Izabela Płucińska. The event in the Screen Academy Scotland will be the last special screening taking place in Edinburgh during Play Poland Film Festival.

Admission free.
All films are with English subtitles.