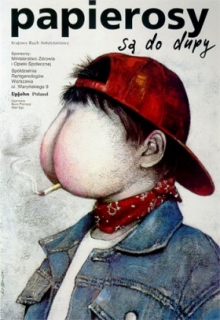 The 3rd edition of the Play Poland – a film festival promoting Polish cinema abroad - is about to begin. The Organisers’ goal is a multifaceted presentation of the film phenomenon, which exceeds far beyond the cinematographic boundaries. From the very beginnings of the Play Poland Film Festival an integral part of the best Polish blockbusters and debuts’ screenings are poster exhibitions.


Also this year’s edition – in more than a dozen of festival cities the works of eminent representatives of the Polish School of Poster Art such as Jakub Erol, Franciszek Starowieyski or Jan Młodożeniec will be presented. Their posters will be divided into thematic sections, with a leading vision of different, often remote cultures, made by artists who lived and got embroiled in communistic realities.On the one hand, it is a narration about the fate of a captivated human. On the other hand, it is about the power of imagination and creativity which do not undergo any rigours.

Play Poland’s gets wider and wider every year and in this year’s edition Polish culture will also reach - besides the British – citizens of Ottawa, Oslo and even Shanghai! Especially interesting may be a reaction of Chinese people to Polish posters of Asian films, which were made as a West man’s understanding of Far East. Similarly exotic – but for other reasons – will be an exhibition of works relating to GDR films, which will take the visitors for a journey in time and space to socialist Germany. Other side of the section mentioned are the posters from Polish films, the majority of which was made before the great breakthrough of 1989. Sentiment of Polish community abroad and raising awareness of Polish cultural heritageamong Western citizens – these are the main benefits resulting from this exhibitions. Furthermore, posters for American, European, French and Hungarian films are a real display of Polish graphics’ creativity. Ironically, a lack of access to the pictures these posters were made gave fascinating results.. What is more, they often produced works, which included a hidden comment to socialist realities, intuitively expressed the atmosphere of those films and as a result, attracted publicity and international appreciation for the Polish School of Poster Art.

A person especially worth mentioning is Andrzej Pągowski – one of the most famous Polish graphics whose picture for ‘Cigarettes are for badass’ campaign (‘Papierosy są do dupy’) stirred an enormous social resonance. His film posters differ from others due to characteristic optics, specific line and distinguished sense of humour – and therefore deserve a separate exhibition that will be presented in different cities throughout the entire festival. The master will also honour us in person, meet with his fans and lead artistic workshops for both professionals and amateur graphics.

Actively or passively, in a dark cinema or in a bright gallery – there are many ways to take part in the Play Poland Film Festival.

Choose yours and join us from 3rd of October!