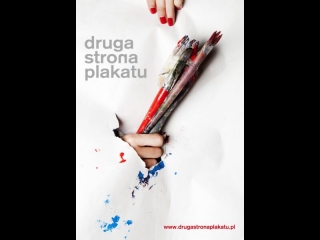 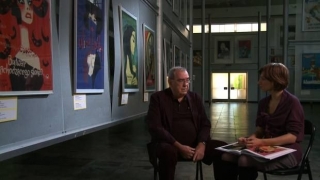 “A creation and a capability of storytelling” these two according to Lech Majewski are a basic kit for a good poster designer. The Play Poland Film Festival follows this thought, that is why during this years’ edition its aim is to present in the most interesting way the history of the Polish School of Posters. Andrzej Pągowski is going to honour the annual tradition of a film poster exhibition. For those who are interested in graphic arts the master will hold the lecture and workshops of creating film poster at Meow Studios, Edinburgh. 5 October – the last day of workshops – is going to be ended at 18.00 pm by the projection of “Behind the poster”, directed by Marcin Latałła. It is going to be interesting!

The plot of this documentary is a story of a young female student of Warsaw University of Fine Arts, that is why a viewer can get to know the present and past time of Polish graphic arts. The specific posters set in the historic context provoke the story about political, social and cultural changes which Poland experienced within the space of the last several dozen years. Creating posters is a strongly reactionary activity which combines both fine arts and a journalism, it’s a sort of artistic commentary on the reality. After the years passing by it’s a testimony of its time, reality, odd system and conventions that ruled in a socialist country.
Furthermore, the film focuses on a specificity of the Polish School of Posters as on an autonomic artistic phenomenon that was without precedent on a scale of the world. We get to know the individual creators, their poetics and we follow through the changes of the current under the influence of international trends. We notice a mastery of translating an art into the language of pop culture, of presenting a complex phenomenon framed as a simple iconic sign.
This way ”Behind the poster” enriches the programme of the Play Poland Film Festival not only in a cognitive respect but it can also be “an instruction how to interpret” film posters presented in the exhibition.