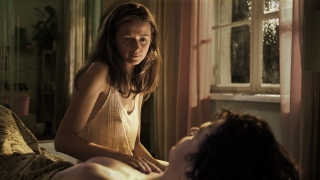 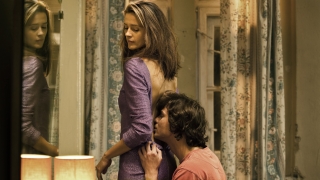 Neo-fascists, Roma people and a brother-sister incest– clearly, Filip Marczewski did not lack courage in choosing topic for his feature debut. The film “Shameless” is a continuation of a very promising and award-winning film “Melodrama” (2005) and will be shown at the Play Poland Film Festival in Birmingham, Edinburgh and Glasgow (more information on our website and in the festival's brochures).

The main characters who behave shamelessly are siblings: Anna and Tadzik . The events are provoked bya growing-up boy who decides to spend holidays in the city where his sister lives. It becomes clear very quickly that the girl holds a strange temptation for Tadzik which he cannot resist. On the contrary, by the use of different methods he tries to arouse their feelings even more. The boy tries to destroy sister’s relationship with the already married leader of local neo-fascist group. This impossible love causes him to take over the responsibility as the head of the family to earn a better living. Despite her initial indifference, Tadzik eventually succeeds in seducing his sister. Obviously, the shamelessnes is used here as a label taken for granted as based on common understanding of moral principles. However, having considered the psychological construct of the main characters, their relationship stops appearing so unambiguously reprehensible.

Whatever the motifs are, this subject is not commonly discussed. It is a taboo area which in the Filip Marczewski’s film spreads also over social relations. Thanks to the main characters, we can infiltrate the side-lined minorities of our societies. On the one hand, there is a neo-Nazi movement which is politically linked to the local authorities, on the other hand, we see oppressed Roma community.

The whole situation became a melodrama (the title of previously mentioned film study made by Marczewski). The lonely people devoid of a capability to create a relationship outside the enclave of their family are thrown into the sinful passion. The toxic relationship of Anka and Tadzik’s indifference to Romani girl’s sympathy create a picture of powerlessness, a feeling of being lost, disappointed and not being fulfilled.