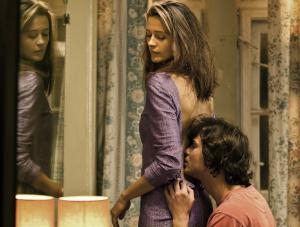 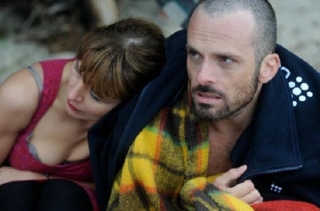 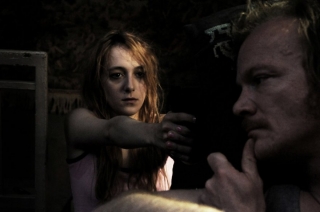 With the end of June the most important Central and Eastern European film event has begun. The 47th Karlovy Vary International Film Festival, which will run until July 7th, will screen 9 Polish films, 7 of which will fight for awards. The festival will have its world premieres, including Piotr Mularuk’s 'Yuma', Filip Marczewski’s 'Bez wstydu' ('Shameless') and 'Zabić bobra' (To Kill a Beaver) by Jan Jakub Kolski. The latter has qualified to the Main Competition.

"Zabić bobra" is a full of mystery and conspiracy story of 37 year old Eryk (Eryk Lubos), a former military officer who returns to his family home after years of secret military operations. Alone, surrounded only by tech gizmos and wilderness, he prepares for another secret operation, at the same time trying to deal with haunting demons of the past. Initially it seems he is in control of his life, however, as it turns out later, it is him who is being controlled. The film has attracted a lot of interest among the journalists during the festival. The director has been asked about matters going beyond the film and the process of making it, including the contemporary situation of war veterans in Poland.
In addition to "Zabić bobra", another film in the Main Competition is the Czech-Polish co-production entitled ‘Polski Film’ directed by Marek Najbrt – the winner of the 3rd edition of OFF Plus Camera.
DEBUTS’ COMPETITION

Under the East of the West section, which showcases debuts and second productions of Central and Eastern European directors, there are two Polish films this year – Piotr Mularuk’s ‘Yuma’ and Filip Marczewski’s Bez wstydu.

‘Yuma’ tells the story of Zygi (Jakub Gierszał). Frustrated with the monotony of the late days of communist Poland, Zygi, together with his friends and an entrepreneurial auntie (Katarzyna Figura) plans a few small robberies on the other side of the borderline river Odra. Soon Zygi’s hometown undergoes a true economic boom while the prettiest girls start to battle for the heart of the king of the hill or in this case, the king of ‘yuma’. Some time later, the young and furious are not content with the fashionable clothing and electronic gadgets. This results in stumbling upon the ‘territory’ of Russian gangsters led by Opat (Tomasz Kot), at the same time regularly robbed Germans employ stricter means of security. The film illustrates how the game of cops and robbers may yield dangerous outcome.

In Filip Marczewski’s 'Bez Wstydu', Tadek played by Mateusz Kosciukiewicz and Anka (Agnieszka Grochowska) are siblings whose relationship is much deeper than it ought to be. The film begins with Tadek going on holidays to his family home, where currently only his sister is living in. He is still immature, while she is a neurotic with several painful and random relationships on her account. The meeting and unconstraint passion of the two destroys their lives as they were. An innocent kiss, random touch and a hint of sister’s nudity sparks forbidden thoughts, which complicates his sister life even further.

Here we can find Tomasz Wasilewski debuting as a director with 'W sypialni' ('In the bedroom') with Katarzyna Herman playing the leading role. It is a story of the 40 year old Edyta, who makes her living out of meeting strangers she finds online. She moves to Warsaw to deceive her family, where she puts her ‘clients’ to sleep, spending nights in their apartments. Things get more complicated when Edyta meets much younger Patryk (Tomasz Tyndyk).

Among the titles in this section there are two Polish films: a short film 'Kichot' by Jagoda Szelc, a final year student of the Polish National Film, Television and Theatre School in Lodz and full-length Polish-German-Danish-French production, Polish Illusions by Jacobe Dammas and Helge Renner.

This category is focused on films revealing an original creative approach.The Czech audience will have a chance to see the latest comedy by Marek Koterski, 'Baby są jakieś inne' ('Man, Chicks Are Just Different'). This film is sometimes referred to as the ‘Seksmisja ('Sexmission') of our times’ as it challenges gender stereotypes leaving the viewer puzzled about who in the end is from Mars and who from Venus.

IFF in Karlovy Vary has run since 1946 and is considered the most important festival of Central and Eastern European cinema. The best films in the Main Competition will fight for the Crystal Globe to be awarded by the international jury (this year with a Polish jurist – a scriptwriter and director Joanna Kos-Krauze). In the 47 editions of the festival, two Polish films received Crystal Globes: in 1948 it was Wanda Jakubowska’s 'Ostatni etap' ('The Last Stage') and 'Mój Nikifor' ('My Nikifor') by Krzysztof Krauze in 2005.