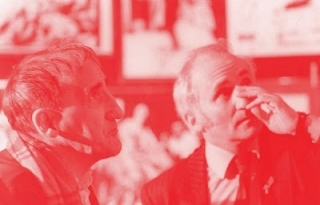 We feel privileged to announce that Professor Richard Demarco and Demarco European Art Foundation, which he has established, are taking honorary patronage of this year’s festival.

Professor Richard Demarco is a Scottish contemporary artist and art promoter. He has organised over 1500 exhibitions and around 900 theatre productions. He has not missed a single Edinburgh Festival Fringe for 61 years, which he has been extensively involved for many years. He is a founder of the Richard Demarco Gallery, which promotes art from Central and Eastern Europe, and an originator of Traverse Theatre in Edinburgh. He also initiated the establishment of Demarco European Art Foundation. His cooperation with Tadeusz Kantor and Cricot 2 group is particularly interesting.

Demarco has received many awards for his work. In 2007, he was appointed a Commander of the British Empire by the Queen Elisabeth II. The Polish government has awarded him with the Gold Cross of Merit, while the French government did the same with the Chevalier des Arts et Lettres de France. Demarco is also an honorary citizen of the city of Lodz and has been frequently awarded honorary doctorates by universities in Europe and North America.