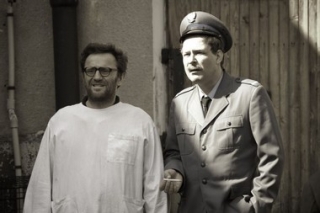 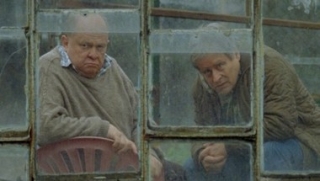 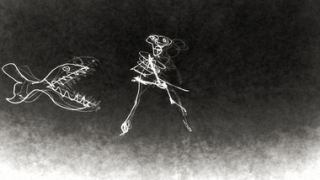 During this year’s edition of T-Mobile New Horizons International Film Festival Munk Studio will present as many as 7 of its own productions. The audience in Wroclaw will have a chance to see 5 short films made thanks to the ’30 minutes’ project and 2 films under ‘First documentary’ and ‘Young Animation’ programmes.

The films listed below, are those which will battle for the main prize in the festival’s Polish Short Films competition, where the most interesting short plots, animations and documentaries are presented:

- Łaska (Mercy) by Eliza Subotowicz – is a story of Weronika, who after years of banishment returns to her hometown together with her 9 year old daughter. She has a certain plan and she needs local priest to accomplish it. Their encounter is taking a sudden turn when Weronika reveals the purpose of her visit.

- ‘Offline’ by Jan P. Matuszewski – is another contestant. It tells a story of Kacper who falls in love with a girl met over Internet and then he decides to find her in real world. It turns out that the girl doesn’t exist, she never did, but Kacper is persistent in his quest.

- Chomik (The Hamster) by Bartek Ignaciuk – a tragica accident involving hamster Przemek, an apple of an elderly couple eyes. One night, Przemek fell off from the apartment’s straight to the garbage bin. It turns out that the flying experiment was conducted by the couple’s beloved grandson. Seemingly trifle incident shocks the local community, and the unfortunate situation is spiced up when a policeman, a vet and a zoo shopkeeper get involved.

- Konfident (The Informer) by Rafał Kapeliński – is a tale of Pieniążek family which resides on the suburbs of small Polish town. Their neighbours, ex-Communists do everything they can to make Pieniazeks’ life a living hell. They hoped that the guilty will be humiliated and the righteous ones rewarded when the list of the former secret communist police associates will be published. It turns out they were mistaken.

- Serce do walki (Battleheart) by Tomasz Matuszczak – this film can be labelled as ‘contemporary Romeo and Juliet’. It is a story of two young people who share the passion for photography. Unfortunately they live in a dangerous neighbourhood governed by two clashing football clubs. It turns out that the young protagonists have to face each other on different sides of the barricades and their love will spring a series of tragic events.

The two other productions which found their way to the Polish Short Films competition are: a documentary entitled Gwizdek (The Whistle) directed by Grzegorz Zariczny and a short animated horror Na św. Wincentego (At St.Vincent’s’) by Stanisław Furman. The first film depicts a story of Marcin, football referee from small town in Małopolska. He is almost 30 and needs changes in his life: new job, a woman and his own family. However, the reality of the bottom league football is tough and it does not suffice to be a referee, you have to play ruthlessly like the players, fans and league officials. The protagonist is facing a dilemma, to stand true to his goals and ideals or adapt to the playing field’s own set of values? ‘At St. Vincent’s’ in turn is a poetic animation exemplifying a microworld that congregates around a beer stand on Saint Vincent Street. The main characters are the devils, demons and undeads accompanied by the tipsy Orchestra from Chmielna (in Polish, ‘hop street’) while the hearts are warmed by the fabulous Dirty Miss. Imperfectness of an old projector and the train of thought of an old piano busker invoke aesthetics of silent cinema.

The New Horizons Festival will last from 19th to 29th July. Munk Studio films will be presented in Helios cinema between 20-25th July.