Considering most notable of recent Polish cinema achievements - Oscar awarded 'Ida' by Paweł Pawlikowski or widely acclaimed 'Body' by Małgorzata Szumowska - one can assume that Polish cinematography has now a lot to offer. Play Poland Film Festival, opening on October 20 in Edinburgh, will definitely try to prove the point.

Over the next weeks in 12 cities across the UK and Canada the most intriguing recent Polish productions will be presented. This time, fans of the Polish cinema will have the opportunity to see "Strange Heaven" by Dariusz Gajewski telling the story of Polish couple, that in dramatic circumstances is deprived of their child. A moving picture of unequal struggle of parents with the authorities will be paired with a Q&A after the screening in Edinburgh. Next, the audience will have a chance to see thrillers: "Demon" directed by Marcin Wrona and "The Red Spider" by Marcin Koszałka. "Blindness" by Ryszard Bugajski, will bring an interesting attempt to settle with the communist past. Finally, something about the friend of a friend whom we all know - “Kamper” by Łukasz Grzegorzek will tell the bittersweet narrative of today's 30-year-olds. As the creators of the festival for many years, we are trying to promote new films not forgetting about the traditions of domestic cinematography. Therefore, Play Poland Film Festival will actively participate in the celebration by opening the 6th edition of Krzysztof Kieslowski's Year with a screening of "Blind Chance” in Edinburgh.


All these events will be accompanied by more than 50 short films presented in collaboration with leading Polish festivals, studios and film schools. Apart from all mentioned abover, series of special events will be held. In Edinburgh: a unique exhibition of works by renowned Polish poster designer - Waldemar Świerzy, film workshops, screening of the silent film "Strong Man" with live music, followed by the PPFF Afterparty. Polish Art Europe is also meeting the needs of older audiences, by organizing screenings in cooperation with a group of Active50+ and Health in Mind. Attention is given to the audience in Glasgow: on the 26th of October at The Old Hairdressers there will be a screening of Lodz Film School short films with the special guest - a graduate of the school and director of one of the films shown, Urszula Jurzyna.

On the top of all the events, from the 23rd of October the audience in Glasgow will have the opportunity to visit the exhibition of works by the representatives of Polish School of Poster. This event opens with Sunday's event. Traditionally, screenings of animations for children in Polish schools in Glasgow, Edinburgh, Motherwell and Livingston (November 5) will take place. And finally, in London the audience will have a chance to participate in folk artist Ede Kay's acoustic concert, Andrzej Pągowski's posters exhibition and a closing event presenting the gems of Easter European disco, funk and jazz. 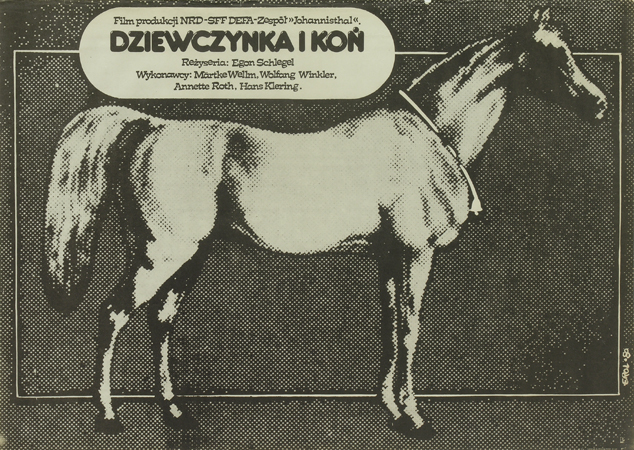 You are invited for more than 40 cultural events and film screenings by the organiser of the 6th edition of Play Poland Film Festival, Polish Art Europe with co-organisers: Polish Film Institute, Association “Polish Community” and the Consulate of the Republic of Poland in Edinburgh.