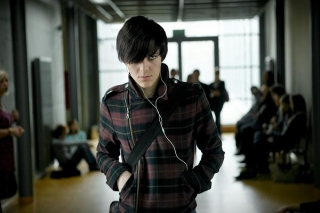 On 18th and 19th July 2012 four Polish films included in the Isola del Cinema were showed. The festival runs from June to July on Tiberina Island in Rome. The Polish productions’ appearance at the festival was possible thanks to a financial support from the Polish Film Institute.

The screenings of the Polish films at the Isola del Cinema Rome festival were hosted by Delord productions in cooperation with Amci di Trastevere - l’Isola del Cinema cultural association, Polish Institute in Rome and were co-financed by the Adam Mickiewicz Institute as well as the Polish Film Institute.
Under Isola del Mondo segment the Italian audience of the festival had a chance to see four Polish productions. These consisted of three documentaries – ‘Art of Freedom’ by Wojciech Słota and Marek Kłosowicz, ‘Extras’ by Paweł Sala and ‘Toys’ by Andrzej Wolski as well as one feature, ‘Suicide Room’ directed by Jan Komasa, for whom the Italian screening was also the film’s pre-release.