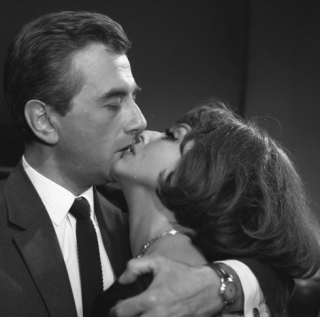 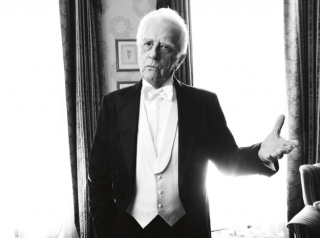 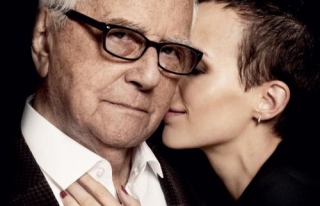 On a Saturday morning, July 21st 2012, in his apartment in Warsaw died Andrzej Łapicki. He was one of the most acclaimed Polish actors. He was also a director, pedagogue and politician. He had over 100 theatre, television and film roles among his accomplishments.

‘Being an actor is not a profession for a male’ as he mentioned in many interviews. ‘It’s a permanent pretence... There are people with eccentricities who like to dress up until their late years. A person of a sound mind must be bored with it around forty when you do your life summaries. It’s the time when actors get frustrated. It’s too late for changes so they run off; to directing, politics, community work, to be in the driving wheel of their fate.’
Łapicki was born on 11th November 1924 in Riga. During the occupation he started studying at the secret Polish Institute of Theatre Art and received the diploma after the war. Łapicki debuted on the stage of Juliusz Slowacki Theatre in Kraków in 1945. Three years later he joined Warsaw troupe of Erwin Axer and as Fred in ‘The Respectful Prostitute’ by Jean-Paul Sartre he had his first great success.
He debuted with a small part in ‘Zakazane piosenki’ (‘Forbidden songs’) in 1942. In 1947 he became a lector of Polish Film Chronicle – he read texts for propaganda film chronicles; eventually resigning in 1956.

Many believe that he was born half a century too late. With his ‘intelligence’ in a look and behaviour he did not fit the national theme of communist Poland heroes. In post war Poland he played gigolos, Englishmen, SS officers. Most of the time, he played swains, which he portrayed lightly with slightly lecturing manner. No surprise then that half of Poland went crazy about him. The pretty half to be exact. The roles of lovers in theatres and films won Łapicki the Golden Mask awards, the victories in the popularity contests.

He often emphasised that he had no luck with the critics and that he always maintained a façade of a successful man.
As a sixteen year old teenager I’ve made an important decision: ,No-one will see when something’s going wrong. I’ve read from London, Conrad that a man never cries. We have a tendency to whine. If someone is broken or dirty – that is excellent, while a shaved man is suspicious. And if he is wearing a tie – that’s a cliché. Then there was this fad for ordinary people. Even the American film industry has forgone Clarks Gable. These hideous runts are so popular over there – Dustin Hoffman, Al Pacino. Great actors by the way’ – he once confided to Barbara Hollender. And speaking of the actors from late 20th and early 21st Century he added with sorrow: ‘Who would like to portray a lover if he knows from the start that a shallow, dumb and self-adoring guy stigma will stick to him.’
Fortunately, with time passing some critics acknowledged the depth of his acting and his talent in both theatre and film. Łapicki was finally appreciated thanks to the role of Piotr in ‘Życie raz jeszcze’ (‘Back To Life Again’) by Janusz Morgenstern and notably for the role of Pietuch in ‘Salto’ (‘Leap’) by Tadeusz Konwicki. In the latter he impersonated a human wreck, a loser, pitiful and torn with desires. His character had the whole nonconformity of the so called Columbuses generation. The same nonconformity he then introduced as a representative of the occupied world of the dead in the next Konwicki’s film ‘Jak daleko stąd, jak blisko’ (‘How Far Away, How Close’). With Konwicki, whose adaptation of ‘Dziady’ gave Łapicki a small role of Tzar, he had an unusual bond. For years they knew each other and were friends. In ‘Czytelnik’ café they had their own famous table where they met every day and had long discussions with Gustaw Holoubek. Their intellectual disputes were legendary at the time.
During one of the meetings Łapicki admitted: ‘nowadays the boundaries between intelligence and acting talent are a bit blurred. But the reality is that among many star actors there are plenty of primitive minds. Mastroianni was rarely sober, he had intellectual level of an eight year old but the whole world admires him.’
Andrzej Łapicki created unforgettable performance in the productions of Wajda. He was an impeccable Poet in ‘Wesele’ (‘The Wedding’), likewise for Trawiński in ‘Ziemia obiecana’ (‘The Promised Land’)and Afraniusz in ‘Piłat i inni’ (‘Piłat and Others’) based on ‘The Master and Margarita’. It said he played Wajda’s alter ego in ‘Wszystko na sprzedaż’ (‘Everything For Sale’).
Despite his roles in Wajda’s, Konwicki’s, Petelskis’, Has’, Antczak’s, Majewski’s, Zanussi’s or Sass’ he believed that his realm was theatre. He raised many young generations of actors and actresses and infected them with love to Fredro and Zapolska.

Łapicki adored women and women adored him. He had ability to amaze others. Could go against the flow. Couple of years after he was widowed he decided to get married again. He chose Kamila, a blonde of course, and a recent graduate of Theatrology at the Aleksander Zelwerowicz STA in Warsaw. They met when Kamila, fascinated with the legendary artist, decided to conduct an interview for ‘Teatr’ magazine where she just started to work. Soon later media were hit with news they got married. The 60-year age difference of the new weds was a bombshell. That was the Andrzej Łapicki’s gift for his 85th birthday.

What is interesting, a couple years before, during a conversation with Barbara Hollender he admitted: ‘I am not one of those actors who at the end of their life say that they would have chosen the same profession again. No, I wouldn’t choose acting for the second time.’