‘A GUIDE TO THE POLES’ In Edinburgh 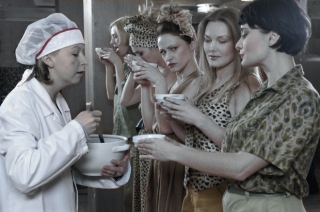 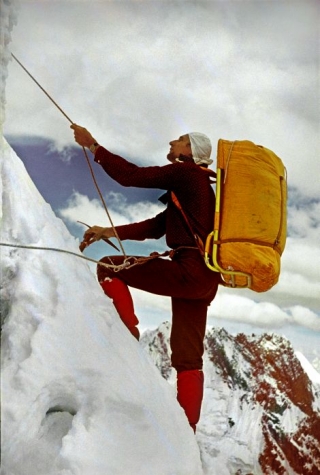 From 14th to 16th August 2012, three Polish documentaries produced under the aiming at the foreign audience ‘Guide to the Poles’ project will be shown at one of the oldest and most important festivals – Edinburgh Festival Fringe. The project was overseen by Adam Mickiewicz Institute for the Polish UE Presidency Cultural Programme 2011.

‘Guide to the Poles’ is a series of five documentaries about Poland and different aspects of Poles’ lives during the communism era. The purpose is to show the foreign viewer that the times of socialism did not bring solely a period of torment and misery but can also be associated with amazing creativity and strive for freedom on many different levels of everyday life.

Audience of Edinburgh Festival Fringe will see ‘Beats of freedom – Zew wolności’ byWojciech Słota and Leszek Gnoiński. It is a story about a rock music sensation which has developed in Poland during the 80s’ on an unprecedented scale unmatchable by any other communist bloc country. Thus, it has become a significant phenomenon affecting the development of the European culture. The makers of the film, used archive materials and conducted interviews with popular at the time musicians, capturing the spirit of the massive spontaneous spurt of young generations that was free from politics but praised the sense of dignity and freedom. ‘Beats of freedom – Zew wolności’ vibrates with piercing sounds of rock. Virtually all of the musicians who took part in creating Polish rock history during communism can be seen in the film together with the most important music event of the 80s’ – the festival in Jarocin. Słota and Gnoiński did not forget to mention the underground distribution of the music, illegal gigs and album releases and also about the Top List of Polish Radio Three Programme, which remains legendary until today. Chris Salewicz – British music journalist of Polish descent – took the role of the narrator in the film.

On 15th of August the audience will watch ‘Art of freedom’ directed by Wojciech Słota and Marek Kłosowicz. The documentary is dedicated to Polish climbers (Jerzy Kukuczka, Krzysztof Wielicki and Wanda Rutkiewicz among others) who, in the deepest era of socialism, became the greatest alpine climbers in the world. The directors of the film attempt to answer the question of how shortages of almost everything in their lives affected their physical condition and morale of the Polish mountaineers. The film tells the stories of the most challenging and spectacular alpine climbing. It also shows the determination of Poles, who faced tough political circumstances which often impeded their plans by obstacles in getting passports or securing funds for the journeys. Nevertheless, the climbers fearlessly reached the highest peaks of the world, combating their body weaknesses and adverse weather conditions.

During the Edinburgh Festival Fringe on 16th August we will have a chance to see the documentary by Judyta Fibigier – ‘Political Dress’. It is a history of Polish fashion underground which lasted for around 45 years. The director proves that bright colours and fashionable style from around the world were a peculiar weapon of Poles against the socialist standardisation and gloom of everyday life. The film portrays Polish streets with young Poles wearing the same garments as their peers in London, Paris or New York. Due to shortages on shop shelves thousands of young people did make their own clothing which not only stood out from the crowd but also served as an ideological expression and a form of protest against sad socialist reality. Fibigier has used the statements of people who were then most inspirational fashion artists: a photographer Tadeusz Rolke, designer Barbara Hoff and writer Janusz Głowacki, the ‘Biba’ brand originator – Barbara Hulanicki, a musician Tomasz Lipiński and painter Wilhelm Sasnal. ‘Political Dress’ exemplifies various times of Polish communist era and changes in fashion perception: from grey and uniformity of Stalinism era, through French fashion inspirations of 60s’ to hippy fascinations of 70s’ and admiration for punk chic of the 80s’.

Edinburgh Festival Fringe will take place between 3rd - 27th of August. The festival had its first edition in 1947. It is the largest art event in the world which attracts hundreds of thousands of viewers each year. In 2011 the festival hosted over 2500 events presented by the artists from 60 countries in 260 locations around Edinburgh.