logotype of the festival

TWO RIVERSIDES OF ART AND FILM 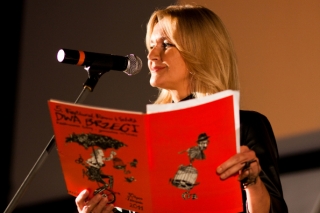 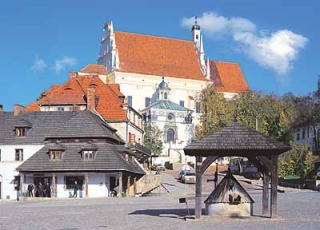 On Saturday 28th of July 2012 in Kazimierz Dolny and Janowiec kicked off the 6th Film and Art Festival TWO RIVERSIDES. ‘This year’s theme of the festival is a philosophy of a creative outbreak, one that leads us to search for something better; also in art and our lives.’ – said the festival’s Artistic Director, Grażyna Torbicka in Polish Radio 3.

The main idea behind the TWO RIVERSIDES festival is to confront distinct arts from film through theater and singing to the fine arts. This makes the event different from other cultural events. The atmosphere of TWO RIVERSIDES constrasts with huge, commercial film festivals with red carpets. Here fans meet filmmakers and other artists in cafés.
During the festival there will be screenings of both Polish and international pictures. The organisers have worked with festivals in Berlin, Cannes, Karlovy Vary, Venice, San Sebastian and Rotterdam in order to ensure a list of premieres, screenings of most important films of the year and some of the most influential world productions. The programme includes autuer cinema, indie, art film, drama, unique new wave pictures and young European cinema. Some of the productions will most likely be never shown again in a cinema. The aim of TWO RIVERSIDES is to allow young filmmakers to have their debuts and so film schools from all over the European continent will have their films taking part in the short films competition.
The festival will concurrently run in a few small adjacent towns: Kazimierz Dolny, where the festivals headquarters are located, in Janowiec, Puławy and surrounding villages. This remarkable location of the event will enable viewers from the whole country to come and familiarise themselves with the works of local artists and region’s folklore.
The TWO RIVERSIDES is a celebration of film, which spreads knowledge about the cinematic art points the audience’s attention to those important features of a film that make it an art, including other of arts such as literature, the fine arts, music and photography. Each year the organisers take their pride in making every viewer enriched in knowledge of films’ historical, artistic, literary and cultural background.