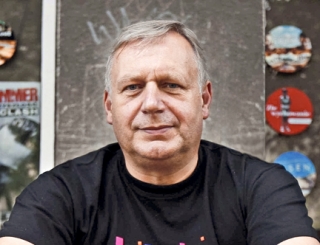 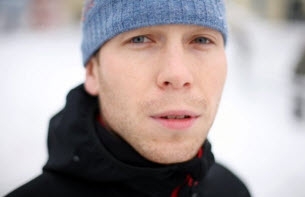 On July 29th the 12th T-mobile New Horizons International Film Festival in Wroclaw comes to an end. Nevertheless, this year’s edition may prove to be exceptional in that the organiser – New Horizons Association will take over the managing role of the Helios cinema from September 1st. It is the very same cinema, where the vast majority of the festival screenings and meetings with celebrities and filmmakers take place.

Taking over the cinema may be equivalent to the festival running all year long as the Helios will now be able to screen the festival films throughout the year. This does not mean that from September 1st cinema goers will only be able to see avantgarde films in Helios. ‘We will not restrict ourselves to niché cinema. There will be enough room for Hollywood blockbusters made by famous directors and for the good, so-called, in-between films.’ – Roman Gutek, Festival Director of the New Horizons, said in ‘Klub Trójki’ programme aired by Polish Radio 3. The act of taking over the managing role of Helios picturehouse and the inclusion of the New Horizons films into the cinema’s repertoire is a continuation of Wroclaw’s strong cinematic tradition. ‘It was here, where Wajda’s ‘Ashes and Diamonds’ and Hass’s films were produced. We have always had many cinemas, great film discussions clubs and important film events. Unfortunately, at some point these cinemas faded away, but we would now like to address this tradition’ – he added. Regeneration of Helios is an important feature of the Wroclaw’s European Capitol of Culture programme 2016.
The purpose of New Horizons Association is also film education. Thus, during the festival there are many film workshops for 200 school teachers, training them on camerawork and editing. The workshops also give them opportunity to make their own short films. Moreover, the teachers participate in film screenings, lectures and discussions. All with one objective of encouraging school teachers to incorporate film as a school subject and stimulate young people’s minds by teaching practical, procedural knowledge in addition to theory. According to New Horizons Association, 90% of teachers join a year long ‘Nowe Horyzonty edukacji filmowej (New Horizons of film education)’ project after summer holidays. The project involves learning about film in the cinemas – ‘We talk about 30 cinemas in the whole country, where from October to June regular screenings take place’ –as Maciej Jakubczyk, manager of the ‘Nowe Horyzonty edukacji filmowej (New Horizons of film education)’ project said for Polish Radio 3.
Translated by