pseud. Jan Byk (born in 1930, died in 2009) – poster and graphic artist, painter, drawer, TV and theatre set-designer. One of the biggest art collectors in Poland. He studied at Academy of Fine Arts in Krakow and Warsaw. Starowieyski became popular in the 60's thanks to a series of theatre and movie posters; he is recognized now as the one of most significant artists of the Polish School of Poster Art. Starowieyski created a so called Theatre of Drawing, where the pictures from the real world are modified by his conclusive imagination. His works are characterized by a strong fascination for the Rubens's renderings of the female nude, sensuality and reflecting on the meaning of life and death. In his Theatre of Drawing he connected two arts form in one, “performance of all types of arts”. His works are replete with atmosphere of old masters of the17th century, full of grotesque, exaggeration and humour. 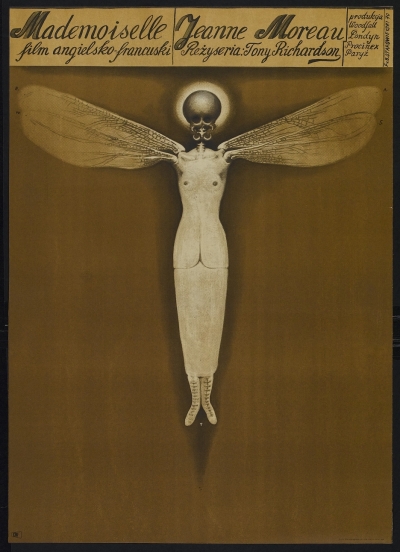