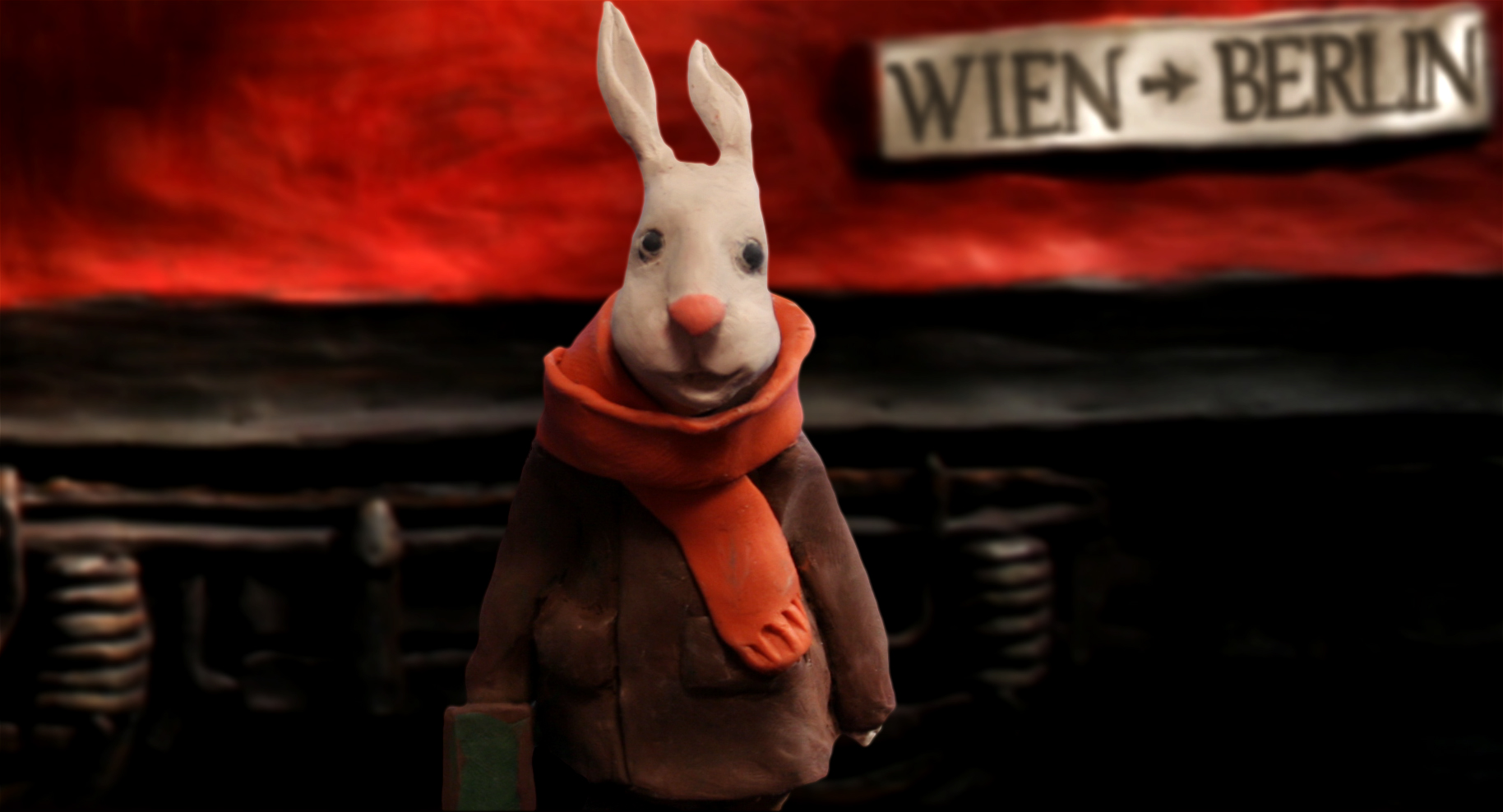 'Esterhazy' is the latest animated film by Izabela Plucińska, a winner of Silver Bear at the Berlin Festival in 2005. The story described in the film is based on historical facts and a popular in Germany book by Irene Dische and Hans Magnus Enzensberger. Until 1989, a carefully watched green area between the West and East Berlin divided by the Berlin Wall was resided by rabbits. The tale about funny adventures of rabbit Esterhazy is also a surprising metaphorical story of freedom and transformation of the year 1989.