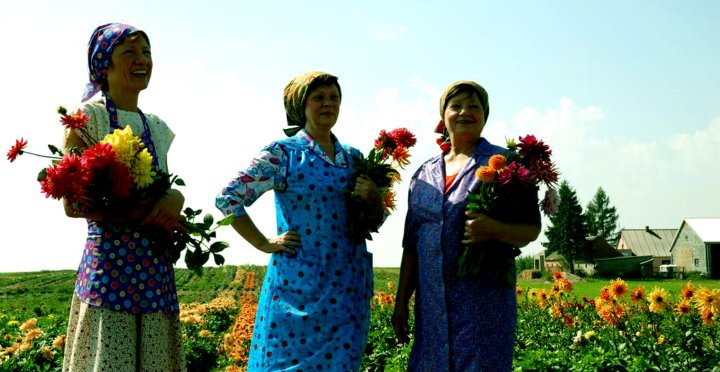 The film takes us to a Polish village from 80's. Zofia's birthday is a feast of the tastes, colours and people of those times, but most importantly it is also awaiting time for arrival Amelia and Tadeusz - her daughter and husband who had been living in Canada for 10 years. Surprisingly Amelia arrives alone.
When we look back, we get to know the true reason behind her deportation and learn about Canadian reality which is far from the one the family’s dreams. The brutal truth about Amelia’s father and herself is kept away from her to the last moment, and it's just a beginning of this complicated family story.
The film is a symbol of lost childhood, mother's forced decisions about her children, effort to hide a true passion and stealing Pola Negri's jewellery. However, it's just a sneak peek of the whole history, ironically enough shown from the point of view of a little spectator - a 9 years old boy. 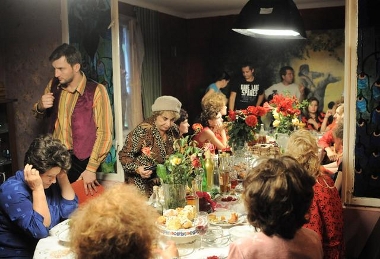 Maciej Michalski about the film itself and Justyna's part:
"Kanadyjskie sukienki" is a story very close to me, it took me a lot of time to face it. Finally, I managed to do it and invited to the collaboration everybody I wanted to work with, or those I've been working with for years. This is the case – Justyna Steczkowska (Polish singer). I offered her a role completely different from her . So far, we have made many music videos in which she's a passionate diva - and here she isn't any less passionate, but on a backup of post office in 80's, with a cig in her mouth and a women's magazine, she played the role of Bozenka, who together with her friends - played by opera singers Justyna Reczeniedi and Joanna Steinberg - dreams of becoming a disco star...
In the film, beside Justyna, you can see the whole pantheon of Polish movie stars: Anna Seniuk, Zofia Czerwińska, Ewa Kasprzyk, Piotr Polk, Elżbieta Jarosik, Maria Winiarska, Wiktor Zborowski, Zofia Zborowska and so on. 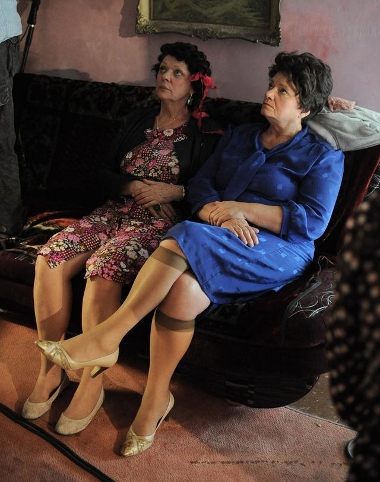