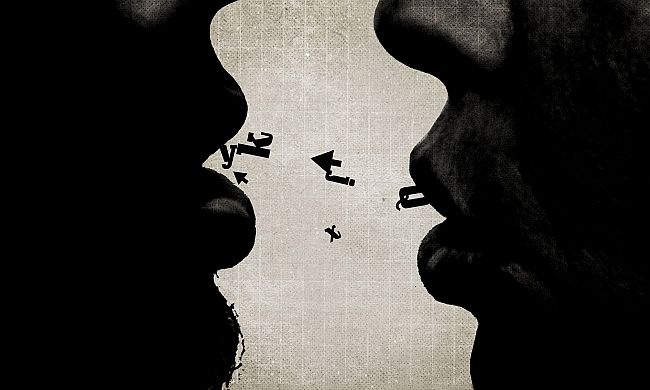 Distance – the length of space between two points; remoteness, detachment. In a work devoid of anecdote and dramaturgical twists and turns, the filmmaker experiments with the borderlands between film and moving graphics. Two people and the space that lies between them. Incessantly repeated attempts at dialogue, captured in a game of typographical symbols. The repeated gestures, words and signals create a singular mantra of meanings, endeavours to name and demarcate the personal boundaries of mental independence from a coexistence which is often a complicating factor.

Marcin Wojciechowski
born in 1972, Marcin is a graduate of the Faculty of Graphic Arts at the Academy of Fine Arts in Krakow. Using the classic stop-frame animation technique, he makes small-scale films working under the name of Moving Pictures Laboratory. His works explore the sphere of psychological states and reactions to stimuli from the external world. He has taken part in numerous experimental film and video-art screenings and festivals.