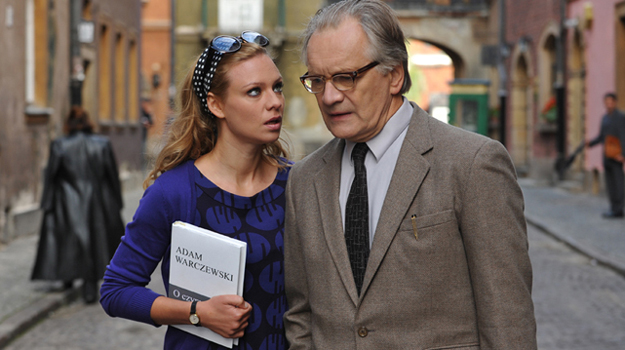 A well-known writer (Andrzej Seweryn) has an affair with a beautiful and much younger woman (Magdalena Boczarska). In spite of popular indignation caused by the differences in age, material wealth and social status, he marries this attractive "girl from nowhere". Blinded by his emotions, he doesn't suspect that their relationship may not be a coincidence. What he doesn't know is that his woman has secretly been seeing another man (Robert Więckiewicz), with whom she shares not only a great passion, but also a dangerous intrigue. Engaged in an immoral liaison with a secret agent, she gives him information that is meant to discredit the writer. An erotic fascination with her lover gradually transforms into deeper feelings, although the young woman is aware that she is nothing but an accessory in an organized plot of the secret service.
A story inspired by true event.
Set in the tumultuous 1960s, this is the story of a dangerous emotional game between an acclaimed writer, his beautiful young wife an her lover.