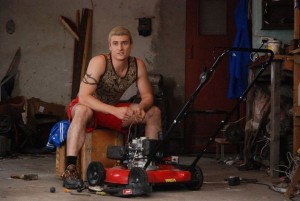 Czarny comes back to his family village after a long absence, to rest after his tiring work and metropolitan life. He left the village many years ago under dramatic circumstances involving the mysterious suicide of his father. He meets Ola, a rebellious teenager who claims to be his father’s daughter and his stepsister. The villagers are scandalized by their friendship. Ola’s devout mother, who is romancing with the parson, finds a ”Satan’s Bible” in her daughter’s room. An exorcist is called in to help Ola…