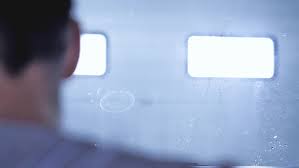 The film character has an unusual passion. He is ready to sacrifice a lot for it, including his own life. Exit Point is a film about decision making; in order to be free one must sometimes slavishly follow one’s nature. This is also a story of sacrifice in the name of superior values. What’s the prize of being free and is freedom indeed worth the biggest sacrifice?
Jagoda Szelc
grew up in Wrocław. She graduated from Wroclaw Fine Arts Academy, scholarship in Aristotle University of Thessaloniki 2006. She is currently studying at the directing department of the Polish National Film School in Łódź.