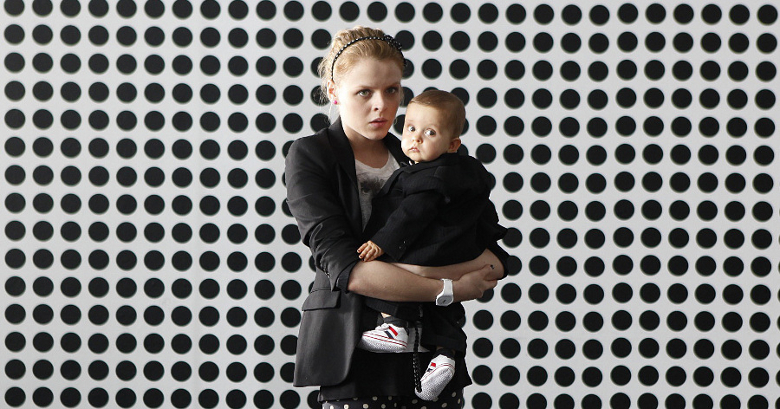 Kasia Roslaniec follows up 'Mall Girls' (EEFF 2010) with another tale of rebellious, superficial youth. Seventeen year old Natalia is frustrated by her dead end existence, regretting her impulsive decision to have a child and obsessed with getting a job in a fancy clothing boutique. Following her spiral into drugs, partying and expensive clothes, 'Baby Blues' is a garishly coloured, brilliantly stylised take on the superficial nature of Polish consumerism, and with a killer soundtrack to boot.
'Baby Blues' had itʼs International premiere in 2012 during Toronto International Film Festival. In 2013 'Baby Blues' was officially selected for 63. Berlin International Film Festival for two sections Generation and Panorama and won Crystal Bear for the Best Film and Special Mention from International Jury.