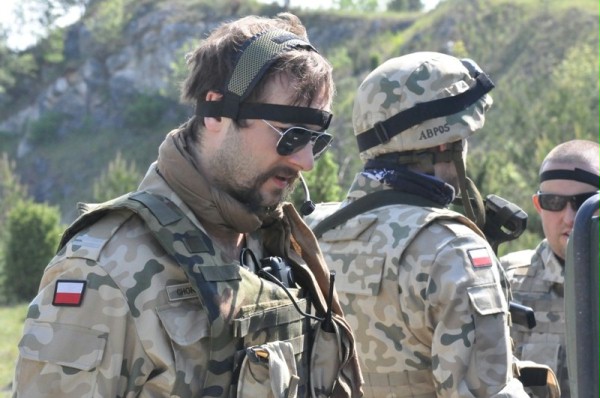 Robert spends his evening in a pub, where he gets drunk and coarsely hits on girls. Accosted by the barman, he starts to tell his story about his service in Iraq and Afghanistan. He is a former soldier, who had participated in both missions. He recalls being there, as a more extreme version of the military service within the country in the barracks. First comes alcohol, which is produced by the soldiers who use favorable conditions on site. Zuza, barmaid studying political science, joins the conversation. She presents herself as a pacifist and tries to convince Robert that all the military missions are simply a mingling into internal affairs of sovereign countries. They start to argue, each side tries to defend their point of view. Robert recounts a story about driving into an ambush with his division. When their armored vehicle stumbled upon a mine. The explosion killed one soldier and injured another. The division was trapped under fire. The paramedics, who were called to save the injured soldier, didn't want to leave their car as they were afraid of being shot in the firing.