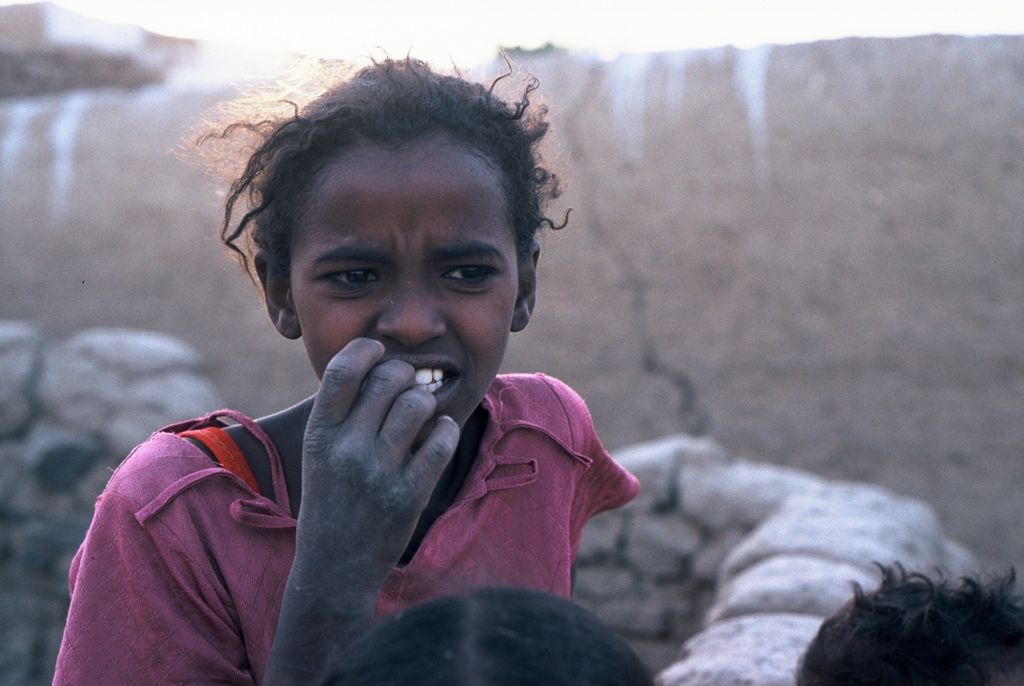 Abu Haraz is a small village on the banks of the Nile, right in the middle of the desert in Northern Sudan. The flooding of the river and seasons of the year mark the life rhythm of its society, which the director watches for a couple of years. In the film we see a teacher explaining to the kids the meaning of a new word - poor. Although the village seems materialistically deprived, it's rich with the colours of life, laughter and family warmth. However, the construction of a gigantic dam on the Nile breaks the ancient, natural pattern of people's lives. Their attempts of protests are futile. They have to prepare to move to an unknown place. Prior to leaving, they need to destroy their homes before they are flooded. The elders are seriously considering taking with them their ancestors' ashes from the graves on the nearby cemetery. So the tradition tells them. Their new place of living is a non-natural settlement raised in the middle of the desert. It changes everything in the lives of the displaced, with a TV-set being the new attraction. Sulejman however, driven with melancholy and sadness, returns to Abu Haraz to once again see his paradise lost.