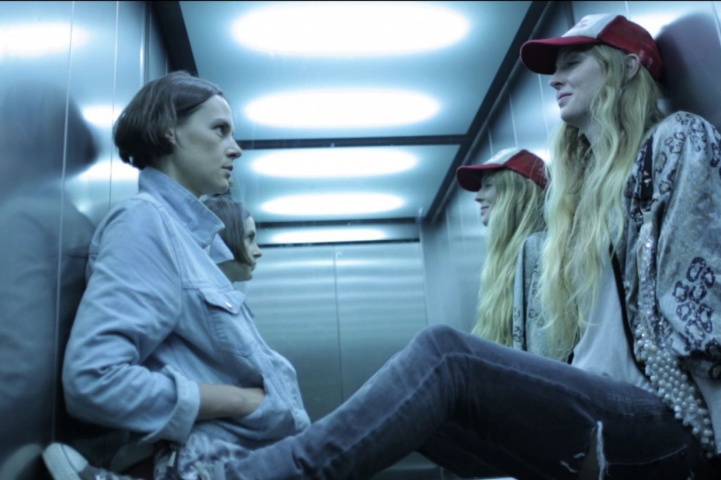 How to disappear completely

Gerda meets Little Robber Girl in the Berlin subway. There's only ten, twelve hours until they'll part ways. The mutual interest turns into love affair and all that ends in the morning. But still there's a sea of the city to float by night. The film gets as close as we could to a free jazz composition. It's about colors, flickering lights, rush, the sounds and smell of a sumer night. Everything passes and dies every minute as life is a neverending sequence of things we hold to for a moment and they go forever. There's no cinema anymore. And what was known as cinema is now just an intention of holding a camera. There's poetry and music coming from the streets and we read the verses aloud keeping ourselves in a constant motion.