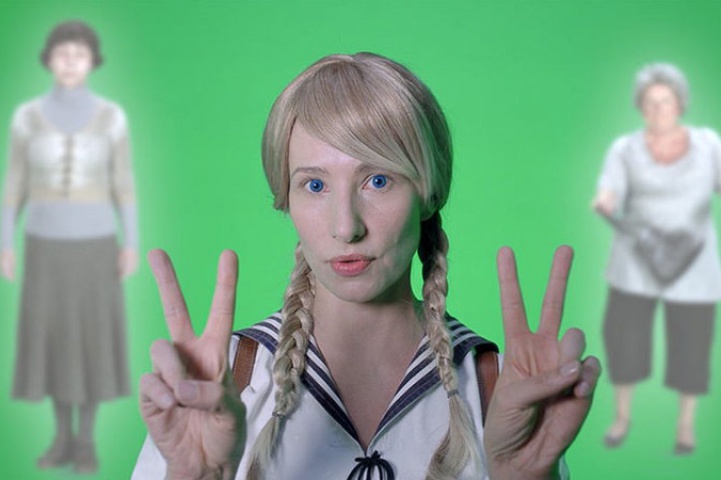 No matter how hard we tried

A film adaptation of the eponymous play by Dorota Masłowska that was presented by Grzegorz Jarzyna on stage at TR Warszawa, where it enjoyed huge success. No Matter How Hard We Tried is a story about Polish society during the time of the transformation that is full of grotesque dialogues consisting of twisted quotes from pop culture; mockery of the language used in commercials, magazines, and tabloids; and national stereotypes. The heroines are three women from three different generations living below the poverty line in a cramped bachelor's apartment in Warsaw: a gloomy old woman in a wheelchair; her daughter, Halina; and her granddaughter, a little head banger. The panorama of characters is filled out by their neighbors: Bożena, who hands out fliers, and the director of the film The Horse That Rode Horseback, as well as two actors, a television presenter, and Edyta, a woman hoping to save various kinds of "poor people."