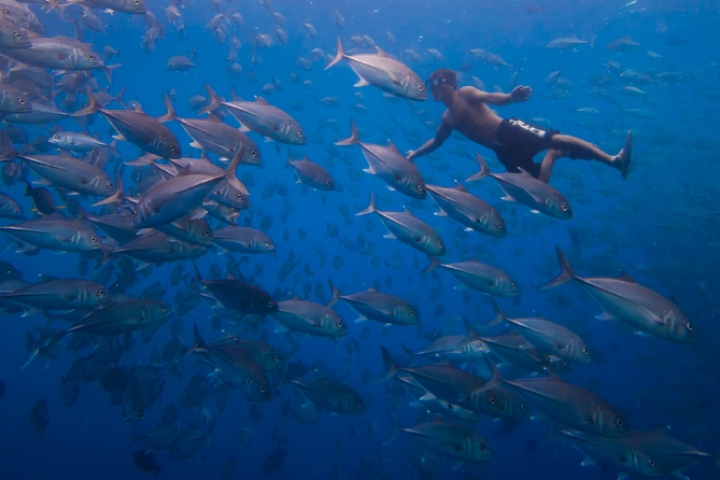 Alexan, the last compressor diver on Mabul Island near Borneo, teaches 10-year-old Sari everything he knows, from dangerous fishing techniques and the temptations of the tourist economy to wisdom about the underwater world. Walking Under Water presents the Badjao tribe's ancient traditions and collective experience as a magical narrative, spinning the urgent pressures and problems they face into a hybrid of fantasy, fiction and fact. The Badjao people once lived like fish, spending the majority of their time on the water, but with the encroachment of modern civilization that way of life has become nearly extinct. Breathtaking underwater photography emphasizes this loss and the drought of enchantment on dry land. While Alexan refuses to accept that the world of his ancestors is gone, Sari is torn between his longing to be a fisherman like his uncle and the tug of the new world in the form of a nearby resort.