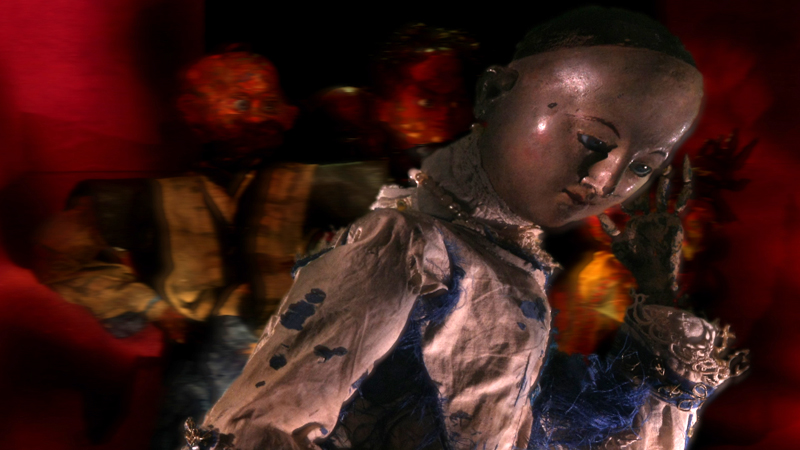 In relation with the project Polska! Year, the Polish Cultural Institute in London and the Adam Mickiewicz Institute asked Brothers Quay to adapt one of the Stanisław Lem’s collections of stories entitled Mortal Engines. The Quays used the American edition of the cycle where they found The Mask incorporated to the collection along with a few additional stories. They were more interested in a story of Duenna (a merciless female cyborg who more distinctly than Terminatrix resembles a complex eighteenth century automaton) than in the actual stories. They noticed a dark love story as well as a intriguing duality captured in the English title of the Mortal Engines collection (where mortal stands for ‘lethal’ and ‘fatal’) as opposite to the Polish title which is The Robots’ Fables. Brothers Quay used Krzysztof Penderecki’s music (De Natura Sonoris I) which had previously been used by them in a lost film, Ein Brudermord (1981), an adaptation of Kafka’s story (interestingly enough, the same work was later on used by such directors as Stanley Kubrick in The Shining and David Lynch inInland Empire). Duenna’s doll is in fact a Portuguese Madonna’s figure. In other places, we can notice references to designs of Viennese Secession puppeteer Richard Teschner who in his works used aesthetics and solutions of the Javanese puppet theatre.