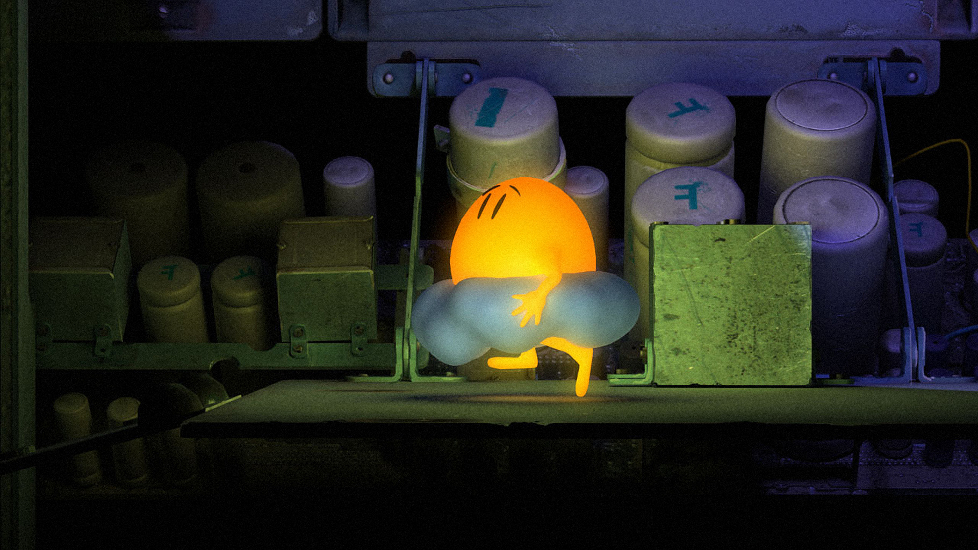 synopsis
Sunny is a mediocre guy who earns his living showing up in the weather forecast every day.
Nothing much really, in other words he is part of the set. Day in day out for several years. One day he decides to break free from the humdrum reality. So the escape begins...

music and sound effects
When the storyboard was being made, the author already knew that the music to “The Great Escape” should be inspired by works of Aram Chaczaturian. Maciej Chomicz agreed to undertake the realization of this concept and he composed music to this picture.

film production
‘The Great Escape’ is my second production. After my first film, the depressing ‘The Aim’, I wanted to do something proverbially light, nice and easy.

Creating a film based on 3D technique, flat and sketch animation took me three months of intensive work. The first and basic assumption of making this picture was freeing the plot from any philosophical or existential reflections. A viewer cannot look for any hidden meaning, but is supposed to have fun throughout the six minutes

Where did the idea for the film come from? An escape of the little sun, Sunny, from a TV set came as an enlightenment and I cannot explain what initiated it. I was mindlessly staring at TV and at the time weather forecast was on. That is when I came up with the idea that the little sun should make a ‘getaway’ - says Damian Nenow.

director
Damian Nenow (born 1983) - a student of the fourth year at Polish Film School in Lodz. His film ‘The Aim’, made during the first year of studies, has received multiple awards at national festivals: he received the special prize of the 2nd Animated Film Festival ‘ReAnimation’ in Łódź (Poland). The author of short animated forms, advertisement spots, illustrations and concepts.
He is currently working on his new film ‘Paths of Hate’ (http://www.pathsofhate.com/). The premiere of this picture is planned in the spring 2009.

Platige Image (www.platige.com) - a leading post production studio in Poland, awarded many prizes. It specializes in making computer graphics, 3D animation, digital special effects and image composition for advertising and films. The company has produced several hundred clips, TV commercials and title sequences of many programmes. The studio is involved in production of animated films. Such films as Oscar-nominated ‘The Cathedral’ and a BAFTA-winner ‘Fallen Art’, both by Tomasz Bagiński, were produced by Platige Image.
Recently the company has extended its activities and makes films for a computer game ‘The Witcher’ produced by CD Projekt Red.