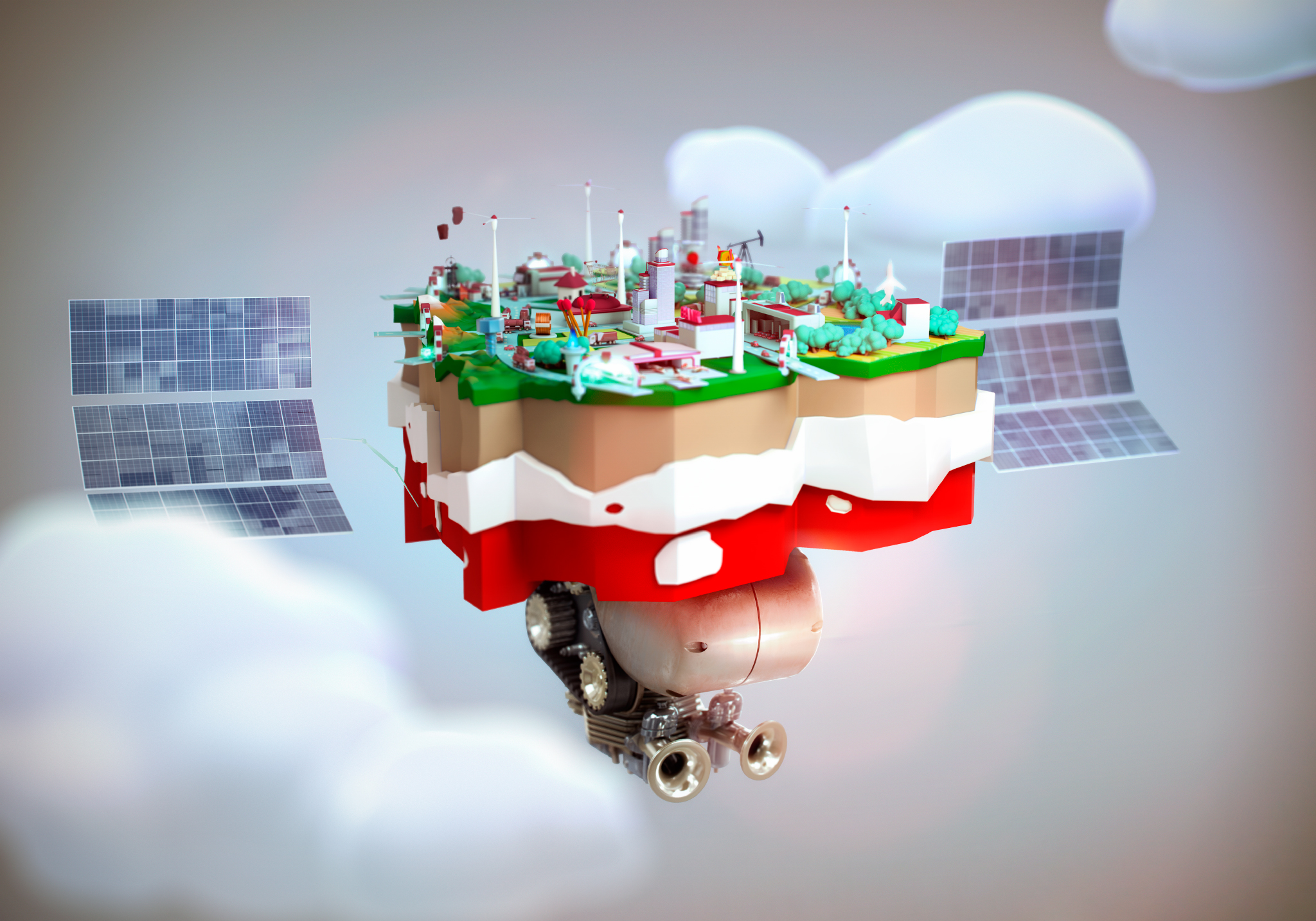 Polish Agency of Enterprise Development has released in the Internet full version of Animated Guide to Polish Success directed by Rafał Wojtunik. The film was produced by Platige Image for Polish Pavilion at EXPO 2010 in Shanghai.
For the first time Polish economy is promoted by an animated film. Animated guide… is a light and intelligible way shows potential of the local market to international investors. As well as Animated History of Poland this film was also created for a viewer who doesn’t know much about Poland. That’s why Rafał Wojtunik has chosen simple aesthetics, close to children stories. The combination of clear animation and serious economic information about potential of Polish economy has resulted in a modern, interesting and witty film. A lot of visualizations and characters were pepared for the film Among them visualizations of Poland before and after economic transformation, as well as the future country filled with dense net of good road infrastructure. More information and visualizations done for the film is in making of material.
Rafał Wojtunik is animation director, director and artistic manager who has been cooperating with Platige Image for over eight years. Among other works he has created character design for Fallen Art by Tomek Bagiński.
Animated Guide… has been chosen for nomination to prestigious ANIMAGO 2010 award. It is one of the most important awards for computer animation and special effects worldwide. The awards will be announced on 28th October.